Anthony’s picks for Marvel for October 2011 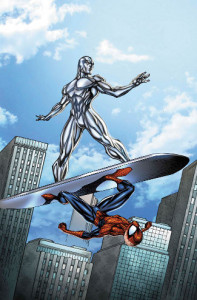 Here’s what’s of interest from Marvel for October 2011:

Looks like a lot of emphasis this month on the latest Spider-Man storyline/Marvel crossover, “Spider-Island.” Which, from the previews I’ve seen, it seems to be a storyline about everyone in Manhattan gaining spider-powers like Spidey’s…

This month’s Marvel Adventures Spider-Man sees Spidey face off against Kraven the Hunter, along with a meeting with the Silver Surfer. Meanwhile, looks like more Avengers (and Thor) action in “Super Heroes.”