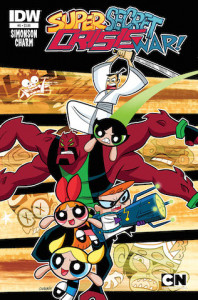 Here’s a look at what comics are coming out in October.

Seeing wider release this month is a volume collecting “Nelvana of the Northern Lights.”

Superman and Aquaman guest-star in the second volume of the compilation of the 1960s Batman newspaper comic strip.

Don Rosa’s run on Uncle Scrooge and Donald Duck are being collected in chronological order, starting with his first Uncle Scrooge story, “The Son of the Sun.” Also being released this month is a low-cost reprint series of Carl Barks’ Donald Duck comics aimed at children.