All of the following should include links to the original information when appropriate. The specific Creative Commons license used should also be indicated.

Ideally, the attribution should resemble this, using this post’s featured image as an example:

Seattle by Ian Sane is licensed under CC BY 2.0

The photo, author information, and Creative Commons license are all linked. The photo’s title is also written.

An adequate and simplified attribution version can also look like this:

Photo by Ian Sane / CC BY

This version doesn’t list the title, but the photo itself is still linked, along with the Creative Commons license.

An incorrect attribution is the following:

There’s no title or author listed, no links to the original photo source (or anywhere else), and the correct license isn’t listed (“Creative Commons” is an organization).

Taking the time to create even the simplified attribution above can get tiresome, however. Flickr unfortunately is little help, as it doesn’t offer an attribution feature for its Creative Commons photos. Fortunately, some plugins and tools have been created by third parties to make attribution of Flickr photos easier.

One such plugin is Flickr CC Attribution Helper, a web browser bookmarklet using JavaScript. (An older plugin for Chrome has been discontinued due to changes in Flickr’s site.) Just go to the site, select your preference options (though leaving the defaults will be fine), and drag the blue button up to your browser’s toolbar. When accessing a Flickr Creative Commons photo, click on the browser toolbar button, and the Helper will generate a popup window showing HTML and text attribution information. Both can be copied and pasted into your page or post; for the HTML version, in WordPress, access the “text” tab (instead of the default visual tab) in your editor, and paste it there. 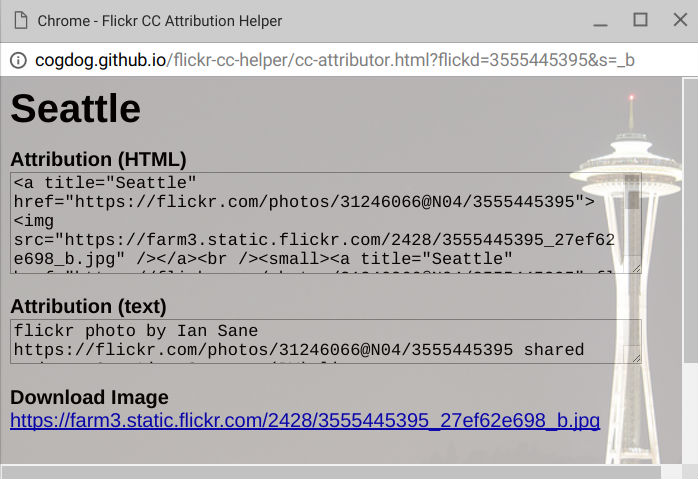 Using this tool, here’s what the results look like. 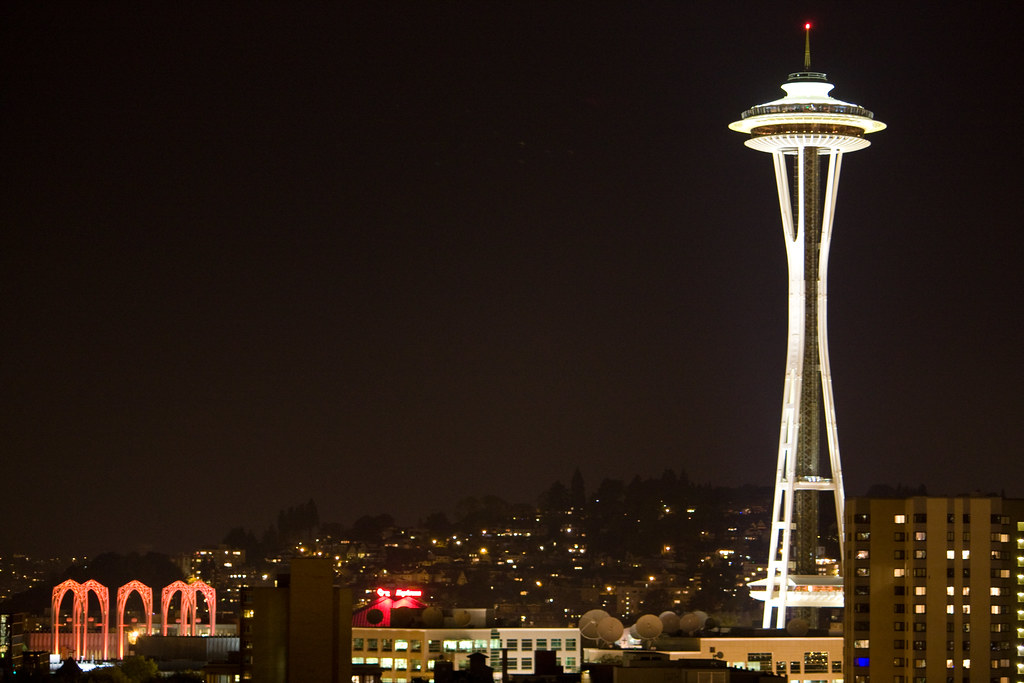 While the default versions above will work fine, I prefer a bit more customization. You can edit the resulting text in both versions, as well as delete the picture from the HTML version outright. The latter is helpful if you just want the HTML attribution for things such as WordPress featured images (which doesn’t display captions), want a featured image bigger than the 1024px maximum size the plugin offers, or to host the image on your own server instead of on Flickr’s.

A few other attribution tools I looked at:

Another option might be to use a Creative Commons photo service that does include attribution with its images. Wikimedia Commons, the media archive for Wikipedia and related sites, includes such attribution:

“BBC TV Centre” by Panhard – Own work. Licensed under CC BY 2.5 via Commons.