News has broken this week about an upcoming DreamWorks Animation film, “Home.” Scheduled to be released March 27, 2015, the film’s plot, according to Indiewire (via The Root):

When Earth is taken over by the overly-confident Boov, an alien race in search of a new place to call home, all humans are promptly relocated, while the Boov get busy efficiently reorganizing the planet. But when one resourceful girl, Tip, (Rihanna) manages to avoid capture, she finds herself the accidental accomplice of a banished Boov by the name of Oh (Jim Parsons). Equally stubborn and set in their ways, these two fugitives realize there’s a lot more at stake than intergalactic relations as they embark on the road trip of a lifetime. Good thing they have a flying car.

Of course, there’s various detractors online (and the usual trolls, etc.) trying to dismiss this casting relevance, most of them claiming along the lines of: “there was already a Black character starring in an animated film, ‘The Princess and the Frog’!” While true that film featured an African-American cast, the comments:

Either way, seeing more diversity in casting for animated films is important and relevant.

As for the film’s chances at the box office, since it’s been moved to late March (from Thanksgiving), it should have a bit of “breathing room” from any other films that might hurt its chances, a problem other DreamWorks films have had. “Mr. Peabody” had to compete with “Muppets Most Wanted” for a similar audience, and “Penguins of Madagascar” had to go up against “Big Hero 6.” The only competing films should be Disney’s live-action “Cinderella” (released two weeks earlier) and the still-lingering-in-a-few-theaters “SpongeBob” sequel. There’s also no family films opening anytime soon after “Home.” Given the problems DreamWorks films have had in recent years (“Peabody,” “Penguins,” and “Turbo” all underperformed, despite being fairly well reviewed), this might be their biggest chance to succeed in awhile.

In terms of quality, so far all we have to go on is the preview animated short released recently, “Almost Home,” starring the film’s aliens. 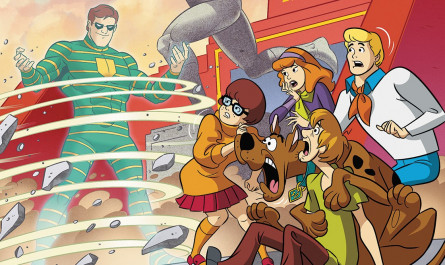