Apple TV+ is Apple’s streaming service entry in the “streaming wars.” Launched on November 1, 2019,  Apple TV+ (named after the Apple TV app and streaming devices) takes a cue from HBO and places a big emphasis on original series over an extensive back catalog. (Given Apple is sitting on $324 billion in assets, it can certainly afford to do so.) The streaming service has also gained some critical praise for its originals, including “Ted Lasso.” Apple TV+ is also now the exclusive digital home for the major “Peanuts” specials.

Apple’s streaming service has also been the subject of a few parodies in its short lifespan. YouTube’s “How It Should Have Ended” series pokes fun at Apple’s service (and other streaming services like Disney+) with Aquaman showing up (at the 2:43 mark) to excitedly proclaim “don’t forget ‘See!’ Apple TV+, *woo!*” (Jason Momoa, who plays the Sea King in the movies, has a starring role in the Apple TV+ fantasy drama “See.”)

Still, how well does Apple TV+ stack up against other services? 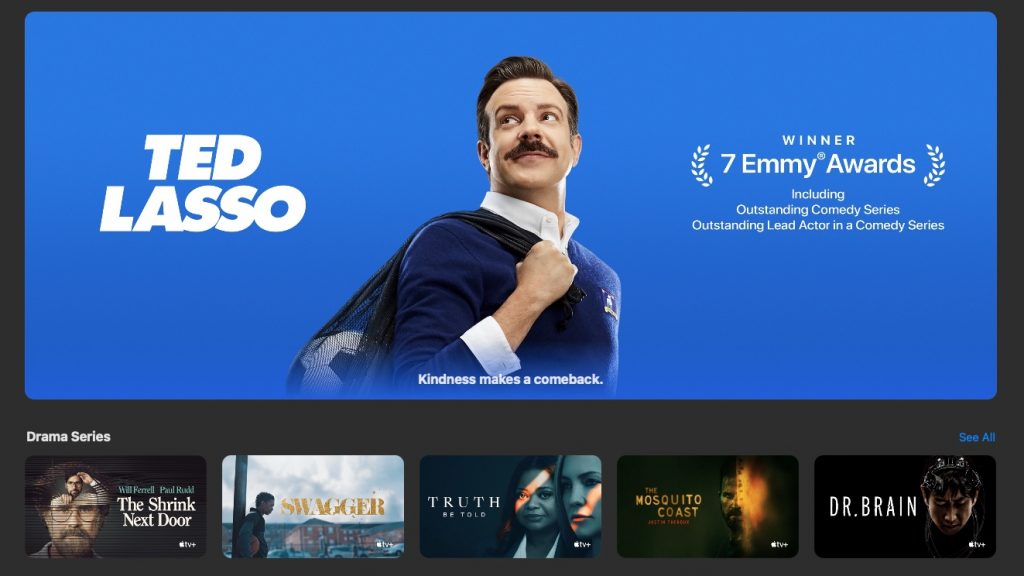 Apple TV+ costs $5/month after a free seven-day trial. That’s on par with services like Paramount+, Discovery+, and Boomerang.

At first, Apple also offered one-year-long free trials for anyone that buys an Apple device. (That’s how I got Apple TV+, thanks to buying a new iPhone early this year.) However, Apple’s since dialed the offer back to a free three months.

Apple TV+ is also bundled with their omnibus “Apple One” subscription service, which comes with Apple Music, Arcade, iCloud+, and more starting at $15/month.

Apple’s put most of its emphasis on original programming for the service. One advantage of such is not needing to worry about dealing with studio rights to programming. Apple also doesn’t have to worry about said material being yanked to go to a rival’s own streaming service, as is happening with Netflix. Finally, owning shows outright makes an international launch much easier; Apple TV+ is currently available in over 100 countries.

Fortunately, some of their original shows are receiving critical praise. The biggest hit on Apple TV+ to date is “Ted Lasso,” a comedy about a cheerful American football coach hired to coach a British soccer team. It’s won several Emmys, including for Outstanding Comedy.

Apple also bought the rights to the “Fraggle Rock” catalog, with plans to produce a new series based on the classic Jim Henson characters.

There’s also the most bizarre sounding original production planned: a reboot of the 1981 time-travel comedy/adventure film “Time Bandits.” That’s the last thing I ever expected to get a reboot or remake (or even thought about) in 2021.

Animation-wise, Apple TV+ offers a few adult-oriented cartoons, such as “Central Park.” There’s also a new “Harriet the Spy” series, based on the classic children’s books. (It also has a catchy theme song.) The most prominent animated offering, however, is the “Peanuts” animated specials library, which Apple bought the exclusive rights.

One big selling point of Apple TV+: there’s no commercials. For most services at its $5/month price point, it’s usually for an ad-supported tier, with an ad-free tier costing more.

Among the services available: Paramount+, Showtime, Starz, AMC+, Acorn TV, BET+, Cinemax, Noggin, and Shudder. Earlier this year, Apple offered a discounted bundle of Paramount+ and Showtime via Apple TV+, but doesn’t seem to be offering such now. 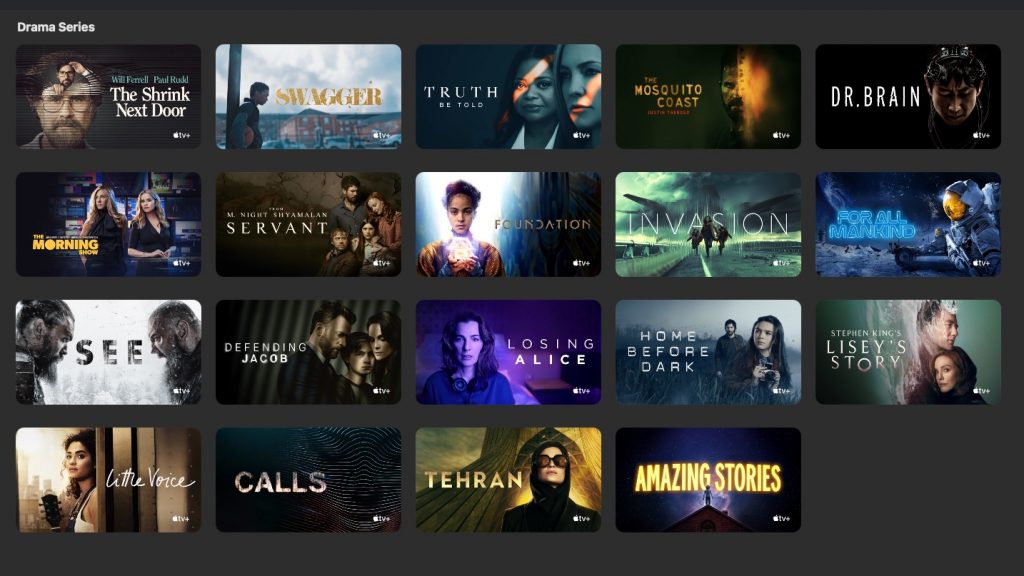 All of Apple TV+’s dramas. (Apple / screenshot by author)

A poor back catalog

The biggest downside of Apple TV+ is its minimal back catalog. This stems from Apple’s initial plan of offering all-original content. The pandemic and subscriber numbers made Apple realize that they need to offer more of a back catalog for customers to justify Apple TV+ as a recurring monthly expense. As such, they’ve been trying to expand said catalog.

That said, progress on that front is slow so far; as a result, Apple TV+ has the smallest catalog among the major streaming services. (The “Fraggle Rock” purchase above is still one of its bigger back catalog additions to date.) Given at a similar price point, one can get a ton of programming from Paramount+, Peacock, or Hulu (albeit at the ad-based tiers), this is an area where Apple TV+ needs major improvement.

Apple TV+ is also similar to Amazon Prime Video for one of the wrong reasons. Like Prime Video, the user interface for Apple TV+ mixes Apple TV+ content with Apple’s TV shows and movies for rent or sale (like the now-Windows-only iTunes app). Confusing things further, the TV+ app also lists the TV shows and movies available through the non-TV+ streaming services available through the app. The Apple TV+ content features the service’s logo in the bottom right corner; TV shows and movies available to rent/purchase have no logo at all. Non-TV+ streaming service material is less clearly identified as such. Most such programs have their parent service’s logo displayed, while others have no logo at all. “Star Trek: Discovery” is a case of the latter; clicking on it shows you’re supposed to watch the show within Paramount+, save for one free episode available.

This is one major flaw of Apple TV+. The app should make a clearer distinction between material available on the service and material you’ll have to pay to rent/buy (or get via another streaming service) separately.

The exclusive digital home of “Peanuts” (and they mean it)

I’ve written before about Apple buying the exclusive “Peanuts” rights. But to summarize: Apple gets to make new “Peanuts” material for Apple TV+, as well as exclusively stream the classic holiday specials (“It’s the Great Pumpkin, Charlie Brown,” “A Charlie Brown Christmas,” etc.). 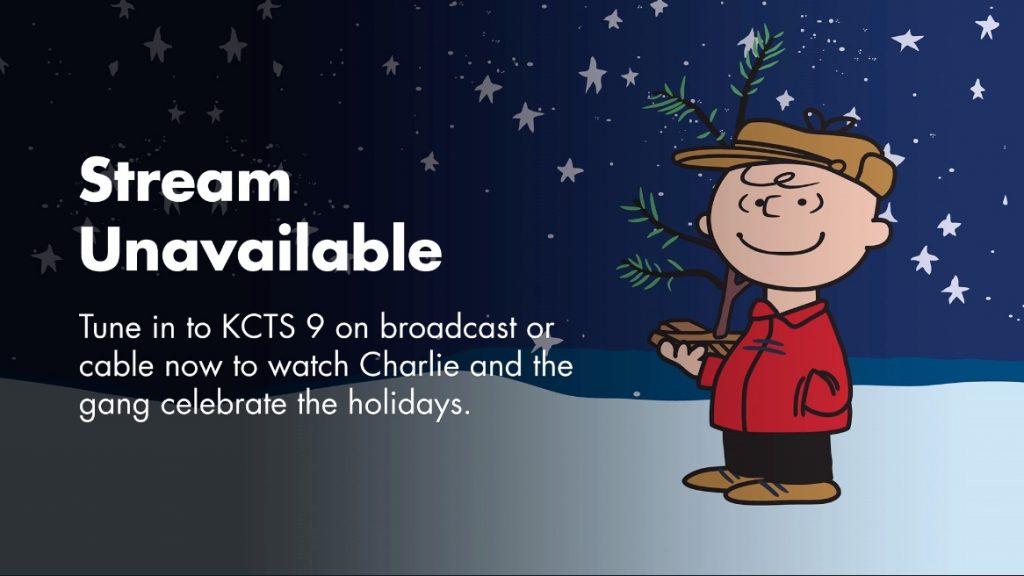 As I note below, your best bet’s to buy the “Peanuts” specials on Blu-ray instead.

All of Apple TV+’s kids’ shows. (Apple / screenshot by author)

This is a thoughtful aspect of Apple TV+, and might make it an easier sell in other countries.

Who should use Apple TV+? 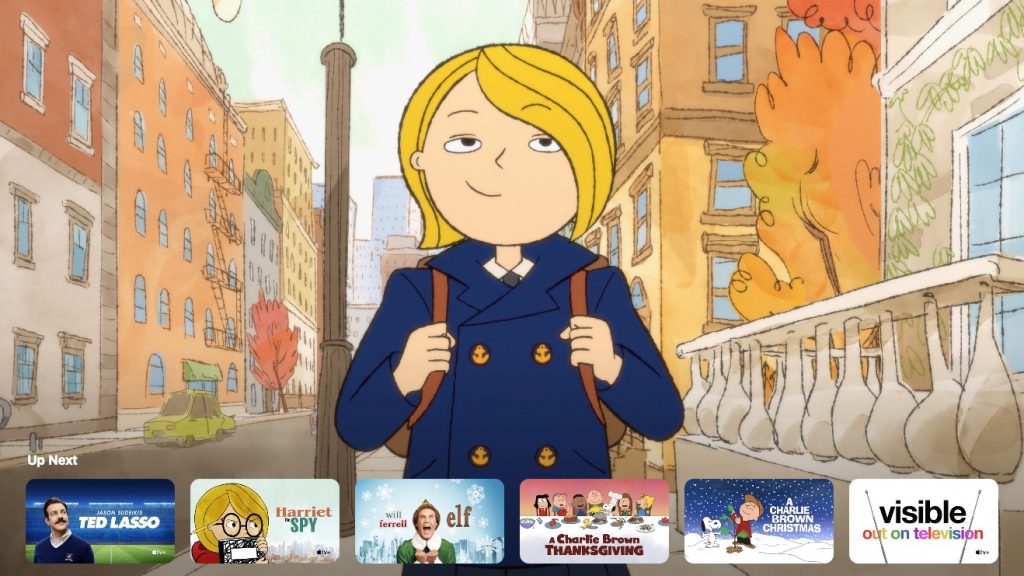 “Harriet the Spy” on Apple TV+. Note “Elf” isn’t a part of Apple TV+, but a film I already own. (Apple / screenshot by author)

Apple TV+ is best for the following users:

Other than the above categories, there’s not a strong argument in favor of Apple TV+ as an ongoing subscription. Animation fans definitely shouldn’t make this their main service, as there’s not much available here. On the expensive end, HBO Max and Netflix offer a similar experience to Apple TV+ (strong original programming, no ads), but much bigger libraries. On the cheaper end, Apple TV+ is up against Hulu, Disney+, and Paramount+, all which also have much larger libraries.

That said, if you’re just interested in “Ted Lasso” or some other show, you could just binge Apple TV+ after a season’s completed and then cancel.

“Peanuts” fans: skip Apple TV+ and buy the Blu-rays instead

For “Peanuts” fans that don’t care about anything else on Apple TV+, I advise buying Blu-rays of your favorite specials instead of paying for an ongoing subscription to Apple TV+. You’ll own the “Peanuts” specials outright, won’t have to deal with DRM or attempts at artificial digital scarcity, and won’t have to worry about remembering to cancel Apple TV+ after the holidays are over.

The best options as of this writing: