This year marks the 50th anniversary of the national syndicated debut of “Soul Train.” The famous dance show was one of the first nationally aired TV shows featuring a Black creative staff. Hosted by Don Cornelius, “Soul Train” debuted on Chicago’s WCIU in 1970, and then entered syndication on October 2, 1971. The show ran until 2006, after which it entered occasionally seen reruns.

NPR’s been airing retrospectives and interviews about “Soul Train” on its podcasts “Code Switch” and “It’s Been a Minute.” Of course, I also grew up watching “Soul Train,” Black hair care product ads and all. While “Soul Train” had White viewers and musical guests, the show was primarily aimed at Black audiences, including many of the sponsors and commercials. A pioneering concept in 1971, when its major competitor was Dick Clark’s “American Bandstand.”

“Soul Train” has also become a pop culture icon, complete with numerous references and parodies in the media. (For example, “The Simpsons” had “The Soul Mass Transit System,” one-upping a mere train I suppose.) The opening credits alone are famous. They underwent various changes over the years, from a simple animated opening (in the early 70s), to incorporating disco (in the late 70s), to neon sets (in the 80s), to computer graphics (in the 90s). Almost all of them incorporated the show’s title being sung (in a way evoking, well, a train whistle).

Why did “Soul Train” (and dance shows) end?

That said, NPR’s podcasts raised a good question: why did “Soul Train” end, and why isn’t there a similar show now? The reasons offered by NPR include changing music tastes, “Soul Train” simply aging, the show getting moved to poor time slots, and (after Cornelius retired) a rotating group of hosts that didn’t stick.

Thinking about it, this question not only applies to “Soul Train,” but also the genre of the traditional dance TV show in general. Years ago, shows like syndication’s “Solid Gold,” MTV’s “The Grind,” and ABC’s “American Bandstand” regularly aired alongside “Soul Train” (which outlasted its rivals). The genre was even parodied in movies like “Hairspray.” However, the last few decades have seen this TV genre completely die out. 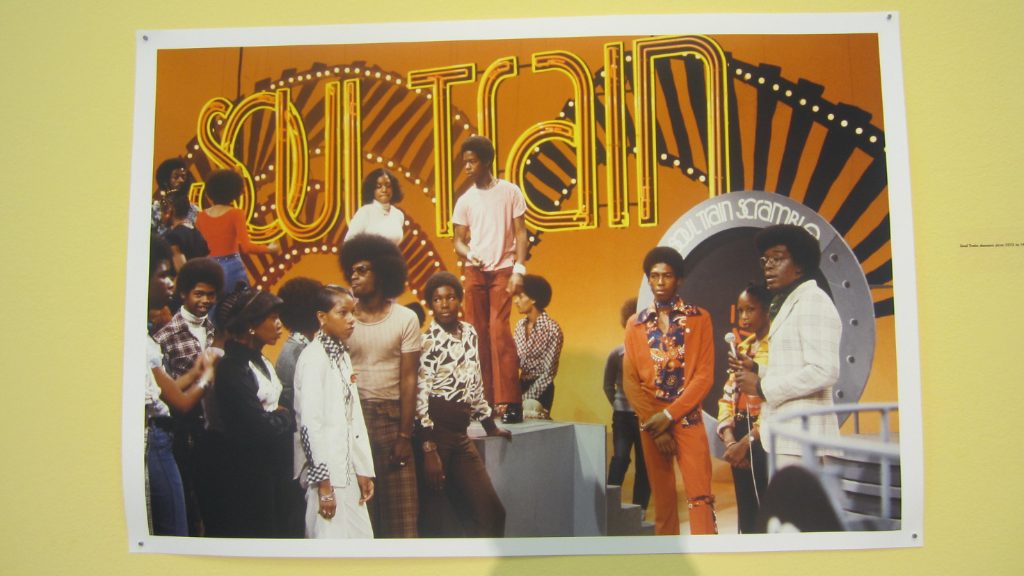 Photo by Daniel O’Neil (Flickr / CC BY / cropped from original)

The appeal of dance shows included:

The rise of BET and MTV

Shows like “Soul Train” and “American Bandstand” were probably doomed with the rise in the 80s of BET (for “Soul Train”) and MTV (for “Bandstand,” and “Soul Train” to a lesser degree). Not only could they show music videos 24 hours a day (and promote songs with visual elements), but they also aired their own dance shows. (Cable channel USA also ran a few dance shows.) No need to wait until the weekends to watch people dance on TV or see the latest musical acts. Of course, MTV and BET no longer prominently air music videos themselves.

The first-run syndication boom (and rise of Fox, The WB, UPN, and The CW)

All of these new shows and networks meant fewer time slots available for a show like “Soul Train,” or similar dance shows. “Soul Train” by the aughts was often shoved to poorer time slots. In the 2000s, I can recall “Soul Train” airing on Saturday nights at midnight in my city; a far cry from watching it on late Saturday mornings as a kid. 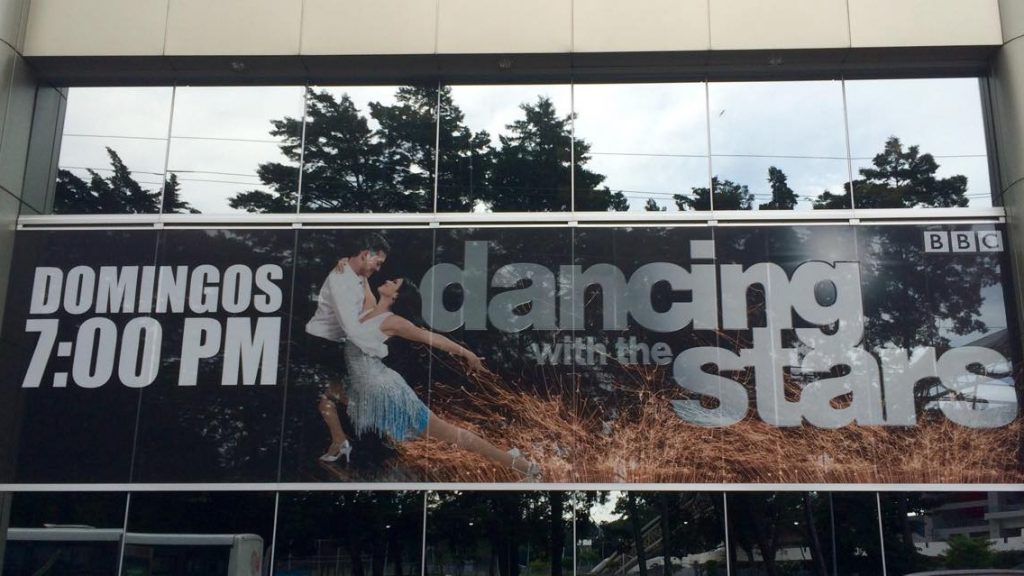 The popularity of reality shows in the 2000s and 2010s also saw a rise in singing- and dancing-related reality shows. Reality shows themselves fit the same conditions as dance TV shows: they’re cheap to produce, are full of young people, and have trendy music, all while getting strong ratings.

As such, the modern dance show is more of a dance/music reality or competition show: shows like “Dancing With the Stars,” “American Idol,” “The Masked Singer,” and “The Voice” dominate broadcast TV networks. Meanwhile, BET offers a few R&B/hip-hop dance/music reality shows, such as “The Encore” (R&B singers recording an album in a month). Why bother showing random people just dancing to music when you can have the dancers compete with each other for a million dollar prize instead? Or just put the musicians in a more dramatic/competitive setting for similar stakes?

As NPR notes, one factor in “Soul Train”’s demise was the rise of hip-hop, and the show’s failure to keep pace with changing music tastes. Apparently Don Cornelius wasn’t a fan of hip-hop, and discouraged or minimized such acts on his show. Given the popularity of hip-hop and rap as the 80s and 90s wore on, this didn’t seem like the best decision business-wise. As such, “Soul Train” started to look old-fashioned or less hip compared to what was airing on BET.

The rise of the internet (and social media, YouTube, and TikTok) 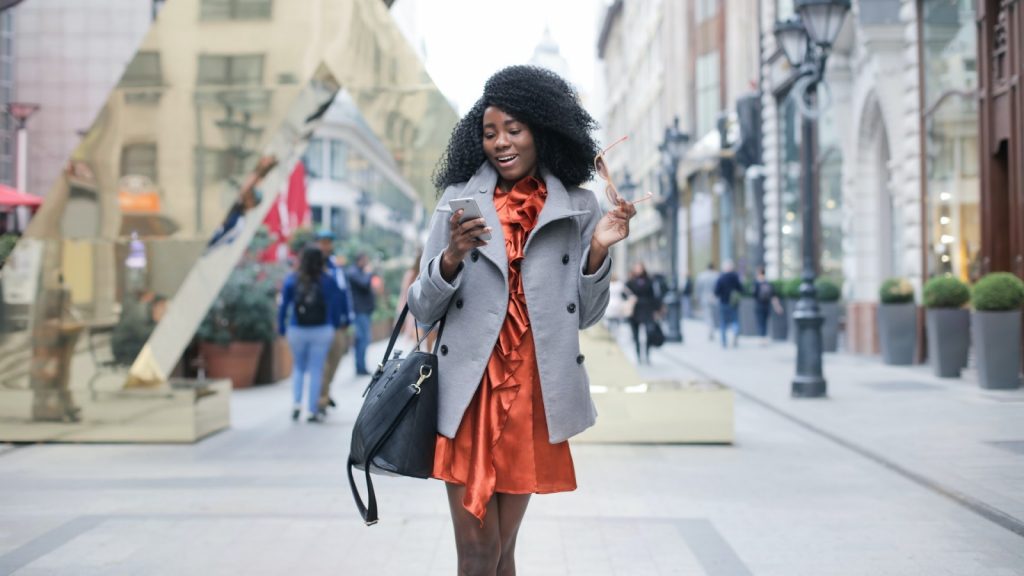 Finally, the internet is probably the final blow for killing off the traditional dance TV show, like the internet’s done for many other things.

Now, one can get music videos on demand for any music genre on YouTube, and watch on social media people that recorded themselves dancing. TikTok’s taken on particular prominence in this regard, as it’s now a popular source of Black created dance videos. In 2021, some Black TikTok creators went on strike to protest their dances being stolen/profited off of by White influencers.

Since teenagers and young adults make heavy use of YouTube and social platforms, this is also the ideal way for advertisers to appeal to them, versus running TV ads on a dance show.

Overall, “Soul Train” and similar dance TV shows were greatly influential. However, as for “why did ‘Soul Train’ (and its cohorts) end,” their demise is due to: the rise of cable, other syndicated programming, and the internet; changing music tastes; and the rise of reality shows.

As such, I don’t see a traditional “Soul Train”-style dance show making a significant comeback, unless it’s in the form of a reality competition show. Today’s audiences seem satisfied with watching others dance alone on TikTok/YouTube/Instagram videos, or as part of dance competitions on TV.

Do you have any fond memories about “Soul Train” or other traditional dance shows?