Unlike Christmas, New Year’s Eve and New Year’s Day are infrequently the subject of cartoons, and rarely get dedicated animated specials. For starters, there’s a lack of holiday icons other than the Baby New Year and the Old Year/Father Time. New Year’s is also a holiday more heavily geared toward adults (parties, etc.). And unlike Christmas, there’s little about New Year’s to commercialize, outside of party supplies or generic “after-Christmas”/”New Year’s” sales.

Meanwhile, Boxing Day (December 26) is pretty much unseen in American cartoons, since the holiday’s not celebrated here. However, it does appear in some cartoons made in Commonwealth countries (where Boxing Day is celebrated), such as Canada. Similar to Black Friday in the United States, Boxing Day is seen as the biggest shopping day of the year in Canada, the United Kingdom, and Australia.

Below is a look at some cartoons that center around New Year’s Eve or Boxing Day.

“6teen” is a 2000s Canadian animated series about a group of six teenage friends, who all hang out/work at a Mall of America-sized shopping mall in Canada.

The series’ first Christmas episode, “Deck the Mall,” sees the gang react with panic when they remember (too late) it’s Boxing Day.

“6teen” also has a New Year’s episode, the second season’s “Midnight Madness”; it revolves around a New Year’s party thrown by Jen.

The entire series is available for streaming on Tubi, Pluto TV, and Hoopla, plus the show’s official YouTube channel. The above episodes are also available on the show’s DVD releases.

Class of the Titans 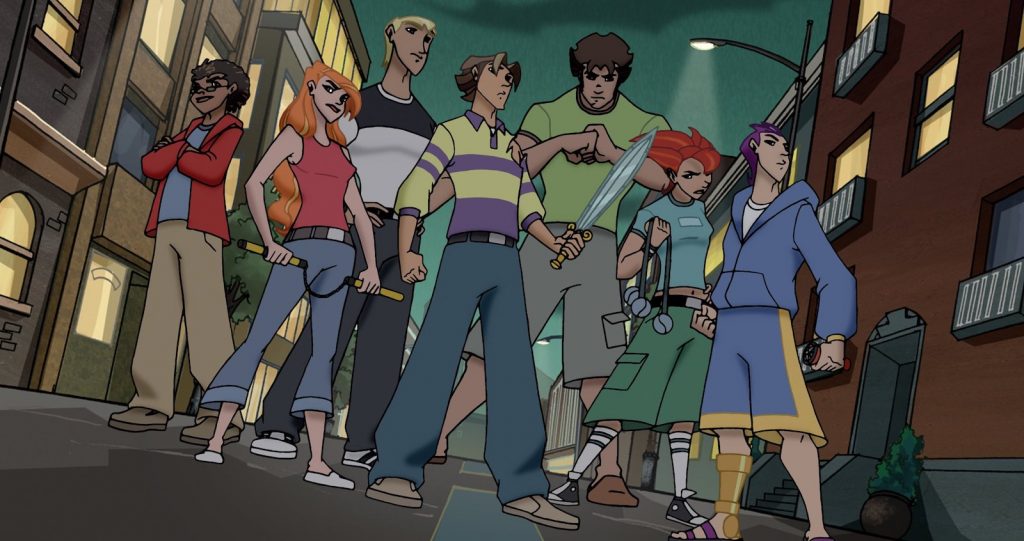 “Class of the Titans.” (Nelvana/Teletoon)

“Class of the Titans” is a Canadian animated series that aired on Teletoon, about a group of teenagers who’re the heirs to the Greco-Roman deities.

The series’ pilot, “Chaos 101,” kicks things off with New Year’s Eve playing into the plot. At midnight, the series’ main villain Cronus uses a planetary alignment to escape from his millennia-long imprisonment. This kicks off the series’ events, leading the teens to meet up for the first time.

The entire series is available on Amazon Prime Video (in the United States), as well as the show’s official YouTube channel. 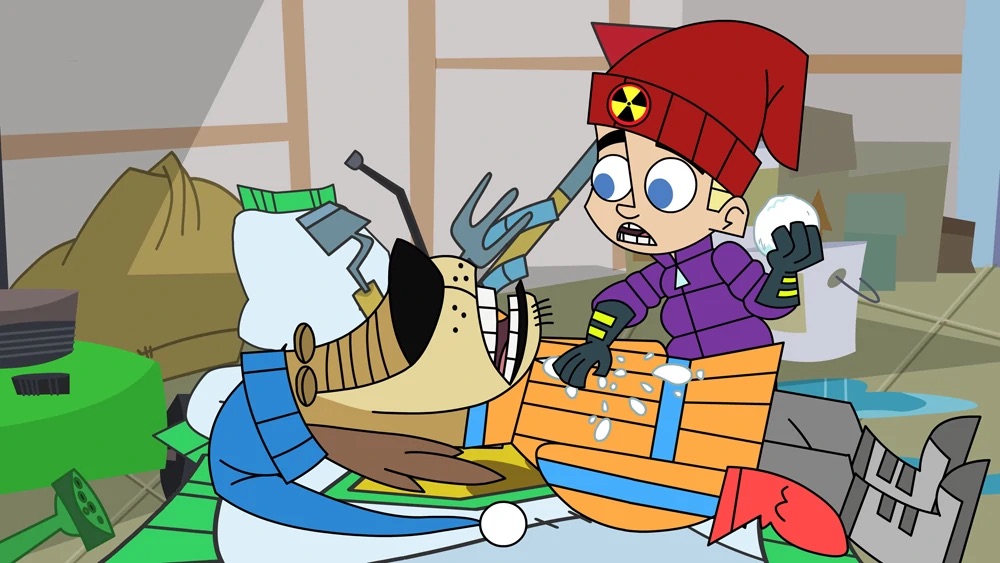 The episode is explicitly set the day after Christmas. While Boxing Day isn’t mentioned (the show’s officially set in the US, despite being animated in Canada after the first season), it meets the qualifications anyway, thus I’m putting it on this list.

The entire original run of “Johnny Test” is available on Netflix. The service is also the home of the show’s 2021 reboot. 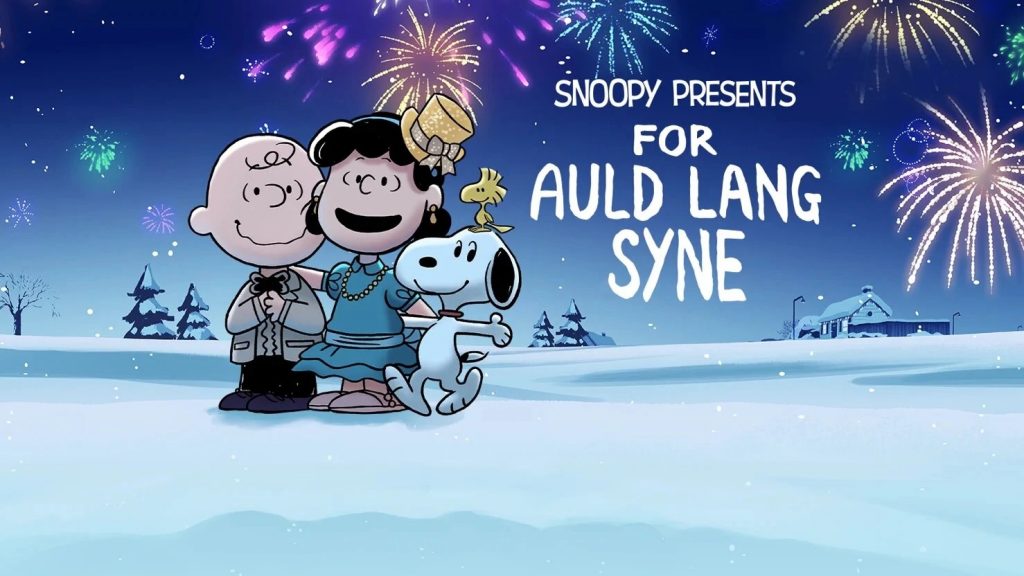 “Happy New Year” sees the gang prepare for a New Year’s Eve party. However, Charlie Brown struggles with being saddled with the age-inappropriate book “War and Peace” for a winter break book report (assigned by an apparently sadistic teacher).

This isn’t one of my favorite “Peanuts” specials. I never bought the idea of Charlie Brown getting stuck with “War and Peace,” even by his bad luck standards. Granted, the “Peanuts” specials had waned in quality by this point—the now-very-dated “Flashbeagle” was only a year and a half before this one.

The 2015 animated film “The Peanuts Movie” handled the idea of Charlie Brown reading “War and Peace” much better. In the film, he’s actively choosing to read the book on his own (to impress someone), thus setting himself up for failure.

“For Auld Lang Syne” centers around Lucy, rather than Charlie Brown. In this special, Lucy puts on a lavish New Year’s party; meanwhile, Charlie Brown tries to complete at least one of his new year’s resolutions.

“Happy New Year” is also available on DVD, as an extra on “Snoopy’s Holiday Collection” and “I Want a Dog For Christmas, Charlie Brown.” 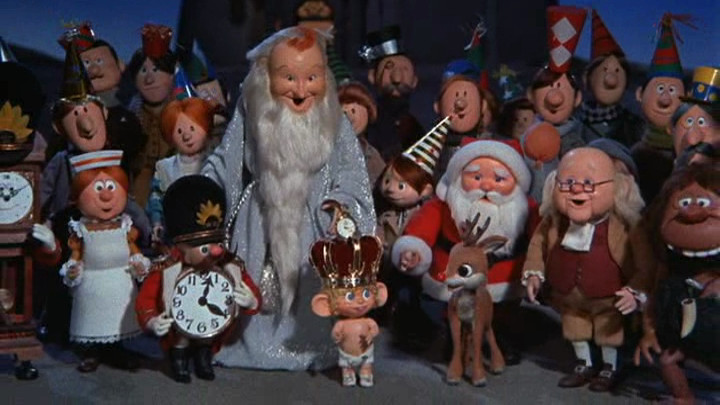 This 1976 Rankin-Bass animated New Year’s special sees Rudolph trying to save “Happy,” the Baby New Year. Happy’s not only run away from home, but he’s also being hunted by the evil Eon the Terrible, a giant vulture. Eon wants to prevent the new year from arriving, so he can live forever.

Also appearing in the special is several “Old Years”: “One Million BC,” a caveman; “Sir 1023,” a knight; and “1776,” who looks like Ben Franklin. The old years all rule over separate magical islands that are frozen in time. Thus, One Million’s island is full of (anachronistic) dinosaurs; 1023’s island is a fairy tale-like setting; and the island of 1776 looks like colonial-era America. (The special was obviously trying to cash in on the bicentennial fever then sweeping the country.) A few other islands are briefly mentioned, including 1893, 1492, 1965, and 4000 BCE. (New York Times columnist Maya Phillips has a few interesting remarks about the islands, and the special, after watching “Shiny New Year” at the end of pandemic-stricken 2020.)

previousKickstarter to move to blockchain; what are some crowdfunding alternatives?
nextDiverse Tech Geek 2021 year in review