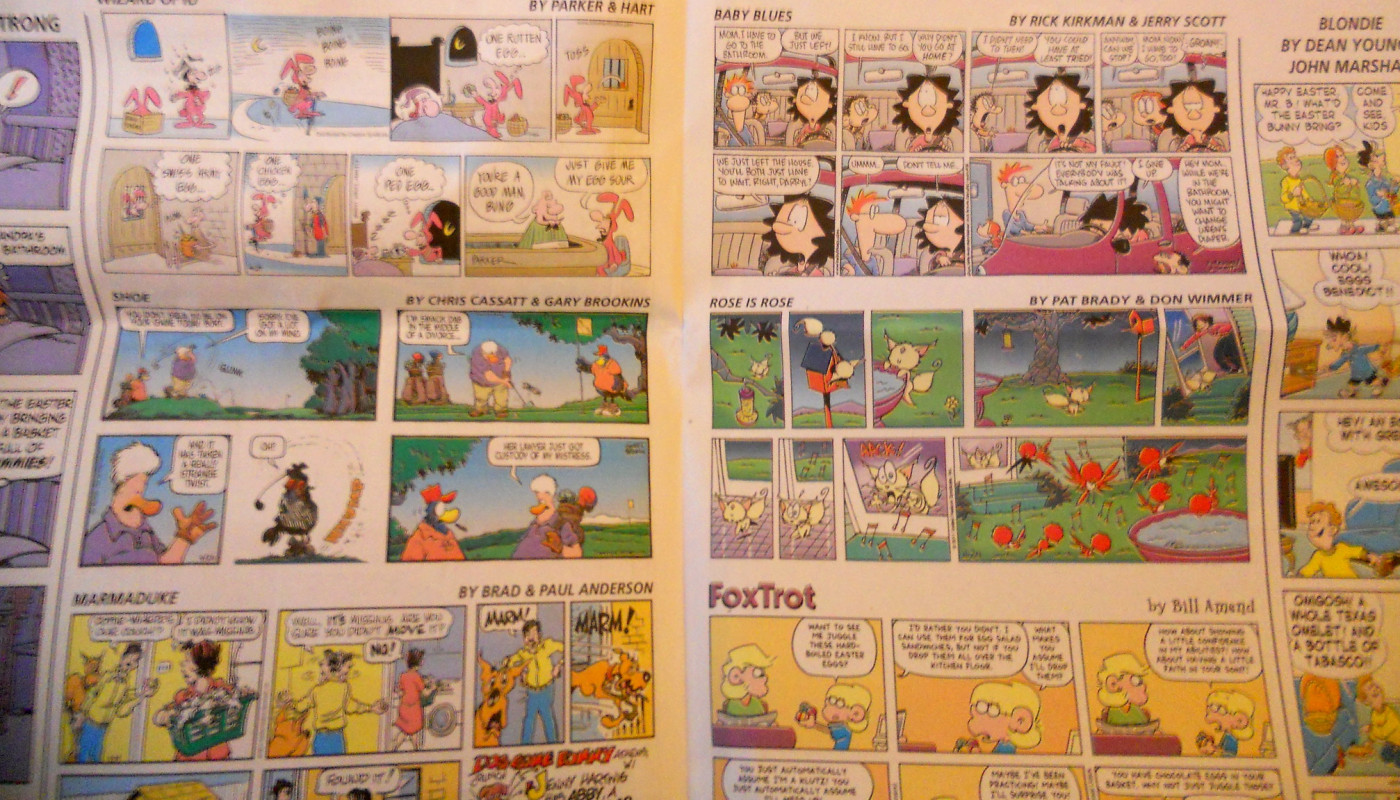 This marks the 50th “minorities in cartoons” post. While it’s had various names (starting off as “Black animated and comic characters” about a year ago, for Black History Month), it’s been fun writing these…

This week’s entry is Kim Rosenthal of the comic strip “Doonesbury.” Introduced to the strip in the May 5, 1975 installment, Kim went on to appear off an on over the strip’s run, before becoming a permanent secondary character in the 90s.

Kim started off in the strip as a Vietnamese war orphan air-lifted out of Vietnam as a baby at the close of the Vietnam War. Adopted and raised by Jewish parents, Kim grew up in the US. Unlike the strip’s veteran cast, Kim was part of the second-tier generation of characters that aged in real time mostly from the start, and thus by the early 90s was dealing with college. Said college career Kim dropped out of; she found her doctorate program at MIT too easy…

As an adult in the 90s, Kim found work as a programmer in Seattle, where she met Mike (by then divorced from J.J., his performance artist spouse and the mother of Alex). After some initial problems, Mike and Kim fell in love, and soon married, eventually starting together their own Internet company—one that specializes in reselling repossessed goods from failed Internet companies.

The age difference between Kim and Mike came up a few times. One strip has Kim tell Mike that thanks to his (Baby Boomer) generation’s dominance over pop culture, Generation X’s had plenty of exposure to the likes of “Gilligan’s Island,” etc.

Kim also gets along well with stepdaughter Alex, who also likes programming and other “geek” aspects. Like her stepmother, Alex also is doing quite well in school, though hasn’t dropped out of college.