Lately I’ve been looking over what I’ve been spending on my cable bill. After being notified that I’ll be seeing my cable bill raised next month by $16 (from $80 currently, for digital cable service with no specialty channels and a DVR, to $96), I’ve been pondering what it is I watch on TV, and what alternatives I have to paying for cable. Any cable cutting wouldn’t be until next spring at the earliest (when I currently plan on moving, and thus would have to cancel cable anyway).

Looking over what TV shows I usually or often watch, about two-thirds of them are on broadcast TV, while the remaining third are either cartoons (mainly on Cartoon Network or Boomerang) or live sports (mostly basketball and hockey). If and when I cut cable, the following options could serve as alternatives for filling in for the missing cable/DVR:

Buying a DVD recorder or a TiVo: I’d need something to record programming with since I wouldn’t have the cable company’s DVR anymore. While TiVo seems to be a well-done DVR service, I’d still be stuck paying for a monthly subscription fee (about $13) along with the cost of the TiVo. A DVD recorder, while more VCR-like work to manage, would let me avoid paying such fees. While I do have a DVD recorder now, it’s an older analog-tuner model, and thus useless for the digital broadcasting system now in place in the US.

The alternative, building my own DVR from a computer, would be a lot of work (and require laying out even more money to buy a PC), but this works well for some.

Netflix: I already subscribe to Netflix‘s two discs out at-a-time plan for $15 a month, so this wouldn’t change. Netflix has the advantage of offering various box sets of TV programs, as well as movies, so I’d be able to keep up on various cable-only TV shows, albeit on a longer delay. Since I use Linux, the Silverlight-only streaming video offered by Netflix is useless for me (though buying a Netflix-supporting streaming media box for my TV, such as a Roku, would allow it to work).

Roku, Apple TV, and other streaming media set-top boxes: These boxes would allow streaming media from the Internet (such as YouTube, Netflix, etc.) to my TV, and would cost between $60-$100. I’m used to watching some video on my laptop, and have an HDMI cable that can attach the laptop to my TV, so a box probably wouldn’t be needed.

Hulu, YouTube and the networks’ websites: Lots of networks put their TV shows online, though often with some delay after they first air on TV. Cartoon Network’s website offers videos of shows such as “Total Drama World Tour,” “Super Hero Squad,” and “Batman: The Brave and the Bold.” There’s also Hulu, though it carries mostly older programs or ones that already aired on broadcast TV.

YouTube is another source for some shows, though those largely are put up by users, and thus not an authorized source. Still, YouTube would be suitable if there wasn’t another option.

Sports streaming video packages: The major sports leagues offer some online streaming packages of out-of-market sports team coverage. While I’d be fine with ABC’s weekend basketball and championship series coverage, NHL hockey has largely moved to being cable-only, like most sports coverage (and probably the main reason more people aren’t cutting cable). However, the NHL offers “GameCenter Live,” which carries out-of-market games not televised on a national network (Versus, NHL Network, or NBC in the US; I assume CBC or TSN in Canada). GameCenter runs for either $169 for the entire season or $21 a month.

While I wouldn’t be able to watch my “local” team (the Minnesota Wild) on GameCenter, I should be able to see the Chicago Blackhawks (Milwaukee’s in Minneapolis’ TV market for hockey). The one other flaw would be not being able to see much of the Stanley Cup playoffs or several games of the championships, as those air on national cable networks. If I wanted to see those, I’d have to go to the trouble of going to a sports bar. I’d also have to go to a sports bar for events like the Olympics (for those events only airing on NBC’s sister cable channels).

Not counting the one-time cost of a DVD recorder, Netflix and NHL GameCenter would run me a total of $36 a month (or only $15 during the summer months with no hockey), a bit over one-third of what I pay now for cable and Netflix. While it wouldn’t be as convenient as cable TV, I’d still be reasonably covered for what I watch, aside from the flaws in live sports coverage mentioned. 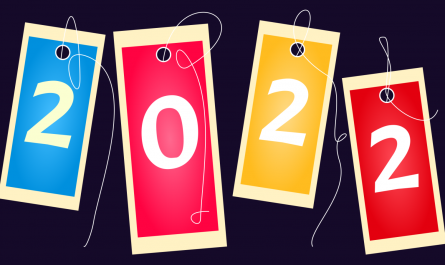