As those of you who’ve followed me on Twitter might recall, I’ve won a Twitter contest held by “Love and Capes” cartoonist Thom Zahler. The prize? A free T-shirt featuring the comic’s stars, plus a drawing of one of the characters (Mark as the Crusader)! Thanks, Mr. Zahler…

Here’s a shot of each: 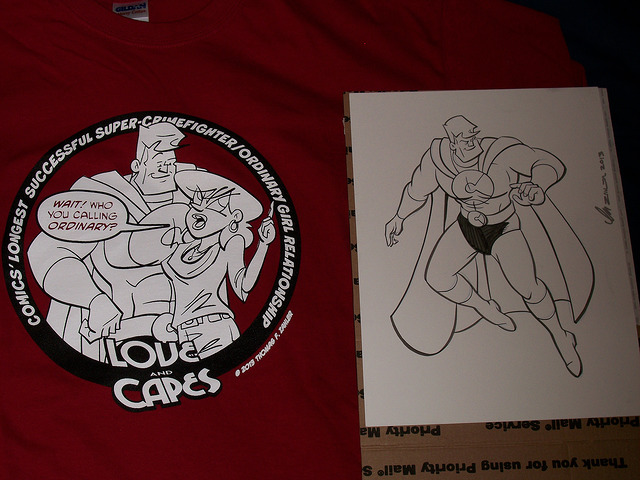 Despite having bought plenty of comics, this is the first comic artwork I’ve ever owned. I might consider obtaining more in the future; my current apartment decor could use the improvement.