Technology changes as the years roll on, and is even rendered obsolete. This extends to tech references in popular culture, including comics and animation. Below is a look at some obsolete technology references in cartoons. 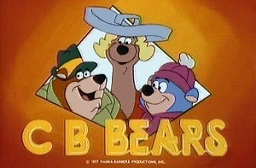 CB radios were all the rage in the mid-to-late 1970s. Unsurprisingly, some cartoons tried to cash in on the craze.

One egregiously dated example is “The CB Bears,” a 1977 Hanna-Barbera series that aired on NBC. Said bears consisted of a trio of mystery-solving bears named Boogie, Hustle, and Bump. Yes, they’re named after equally-dated disco dance moves. And yes, they solve mysteries, like numerous other cartoons of the 70s. They drove around in a garbage truck and got orders over CB radio from an unseen contact, a la “Charlie’s Angels.”

Given all of this, it’s no surprise the show had a short one-season run, and fell into obscurity.

As for CB radios, they still exist, but ceased being a craze after the late 70s. The general public (and actual truckers) all carry smartphones these days. 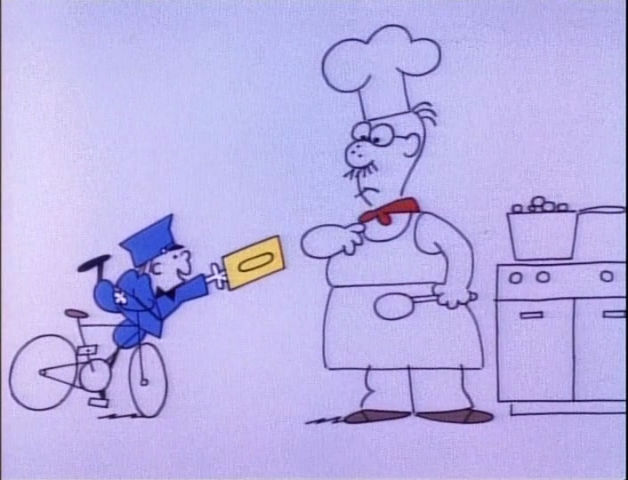 Telegram delivery in the United States still existed when this short debuted on ABC in 1979. However, it was clearly on the wane even then, thanks to long-distance phone calls, the rise of early fax machines, etc. Of course, telegraphs were still familiar even to kids at the time, thanks to older media. Today’s kids probably only know about telegraphs from science fair projects. I’d imagine a modernized version of this song would use email or text messaging instead.

In the United States, telegrams ceased being a thing in the (rather late) year 2006. That’s when Western Union stopped offering telegram service.

3. The Apple Newton (The Simpsons) 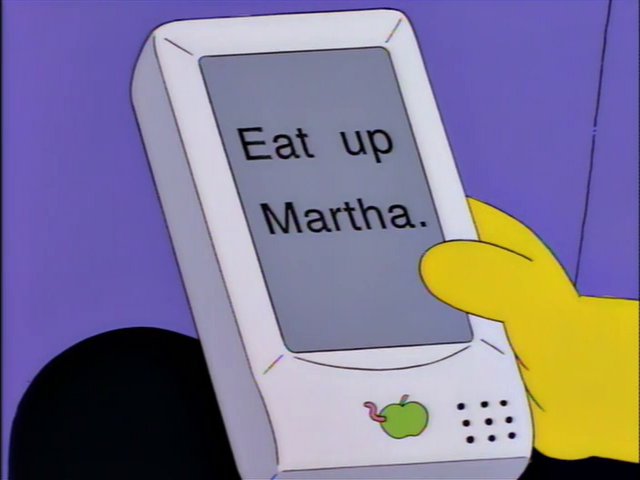 “The Simpsons””s sixth season episode “Lisa on Ice” (from 1994) featured the bullies trying to use an Apple Newton (an early PDA) to write down a reminder to “beat up Martin.” The device changed their writing to read “eat up Martha.” (Frustrated, they opted to throw the Newton at Martin’s head instead.) The joke was prominent enough that it drew the attention of Apple’s engineers, and caused them to work harder at preventing such a scenario from happening on a similar but much more successful device: the iPhone.

The Apple Newton was sold between 1993 and 1998, but was still considered a failure. Its biggest flaw was its poor handwriting recognition, which drew a lot of negative publicity (enough for “The Simpsons” to make a joke about it). 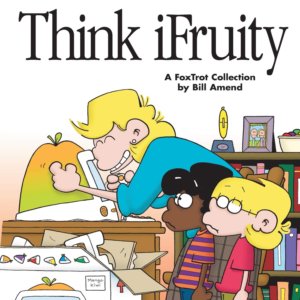 Bill Amend’s long-running comic strip “FoxTrot” shows the Fox family as devoted Apple device users. (Amend himself is a fan of Apple’s products.) This extends to their family computer, which is always a Mac, or “iFruit” (as the iMac was later parodied).

One particular example is the several week long storyline where the Foxes buy a new “iFruit” to replace their previous computer (what looked like some unspecified Quadra or Performa model). Jokes about the iFruit’s color choices, the lack of a floppy drive, etc., were all done. The storyline even headlined one of the book collections, “Think iFruity.” Jason, of course, hated the iFruit, though he warmed up to it eventually (going by the Steve Jobs memorial strip).

The original iMac’s release in 1998 was a big game-changer for both computers overall, and for Apple. Despite its fame, the iMac’s CRT design was relatively short-lived; it was replaced by the lamp-like, flat-screen iMac G4 in 2002.

As such, the Fox family’s computer after the mid-2000s or so has usually been an “iFruit” version of a flat-panel iMac. The strip even added a laptop in 2013, since many families have more than one computer nowadays. 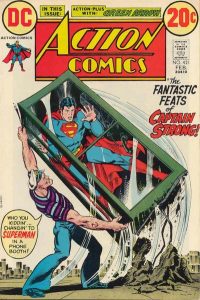 The Superman Homepage, a Superman fan site, ran an article outlining where the connection between Superman and phone booths came from. Basically, it seems to be a remnant of the 1940s radio show, plus several of the 1940s Fleischer animated shorts. It’s an association that’s stuck since, despite that 99% of the time, Superman changes identities in the “Daily Planet” storeroom, an empty office, in an alley, or somewhere else secluded.

These days, phone booths have pretty much died out. Superman-related media occasionally makes jokes or references about phone booths. Still, even in the comics, Clark Kent usually carries a smartphone, like everyone else. 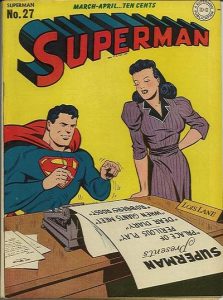 The typewriter was a longtime staple of any office or writing scene in fiction, including in animation and comics.

The 1980s, of course, is when typewriter sales went into a decline, with the introduction of personal computers. Comics and spin-off media during this time saw Lois and Clark permanently shift to using personal computers. These days, the “Daily Planet” reporters, like everyone else, use laptops, desktop computers, and smartphones for their duties. 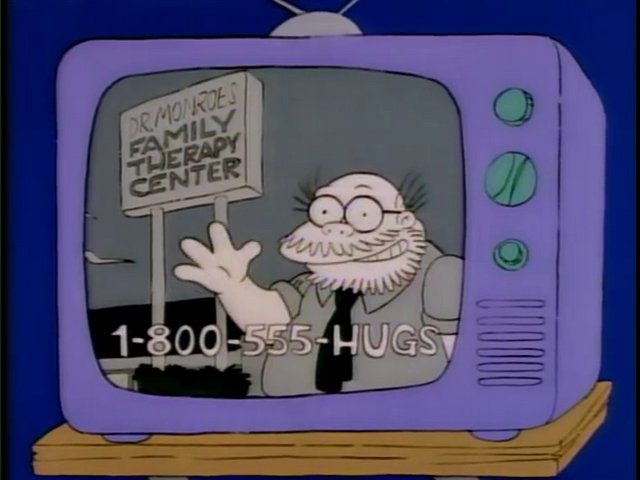