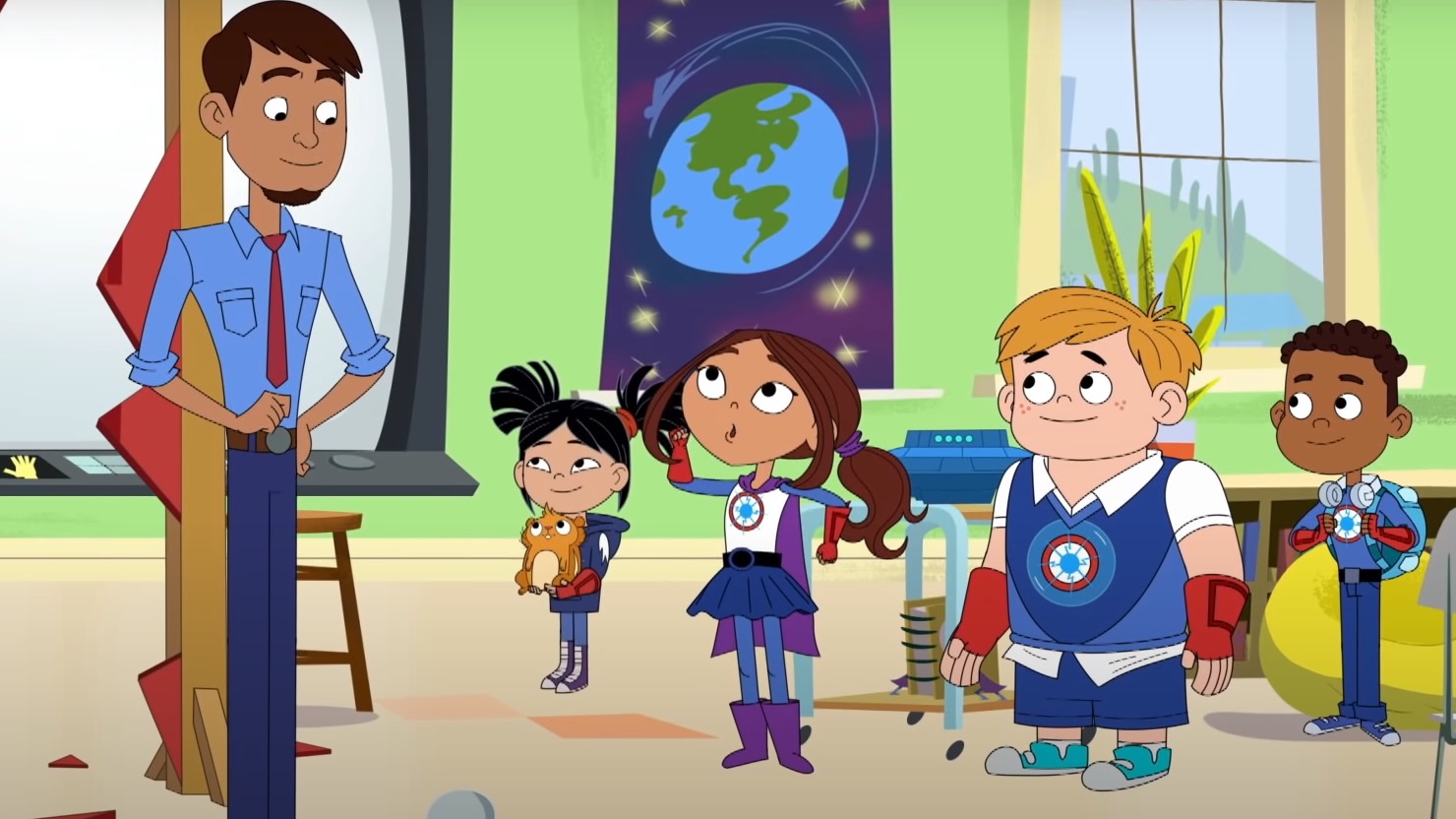 “Hero Elementary” is an animated series that debuted on PBS in 2020.

“Hero Elementary” is about a group of children with superpowers; the kids attend a special school for superheroes-in-training. (Think a version of “Sky High,” Marvel’s “X-Men,” or “DC Super Hero Girls” for young children.) As an educational series, “Hero Elementary” is meant to teach basic science skills and concepts (observation, logic, research, etc.).

Hero Elementary’s classes, similar to Sky High, Xavier’s School for Gifted Youngers, and other famous superhero schools, involve subjects familiar to superhero fans. One episode has the students excited about learning how to leap a tall building in a single bound (the school has a special training clock tower for such). Other episodes have the students learning how to make rescues on water, or at nighttime. Keeping with the Batman-like non-powered side of superheroes, the students also learn how to swing in on or climb ropes.

Most episodes have the students summoned to assist someone in their town (named “City Town”) at various tasks, ranging from a missing pet to an out-of-control giant mutated plant growing over the city. After superpowers fail to resolve things, the kids use science skills (dubbed “superpowers of science”) to make observations and use logic to solve the problem.

As it’s a superhero cartoon, there’s references to and parodies of superhero elements throughout the show. A few adult superheroes are seen or referenced: