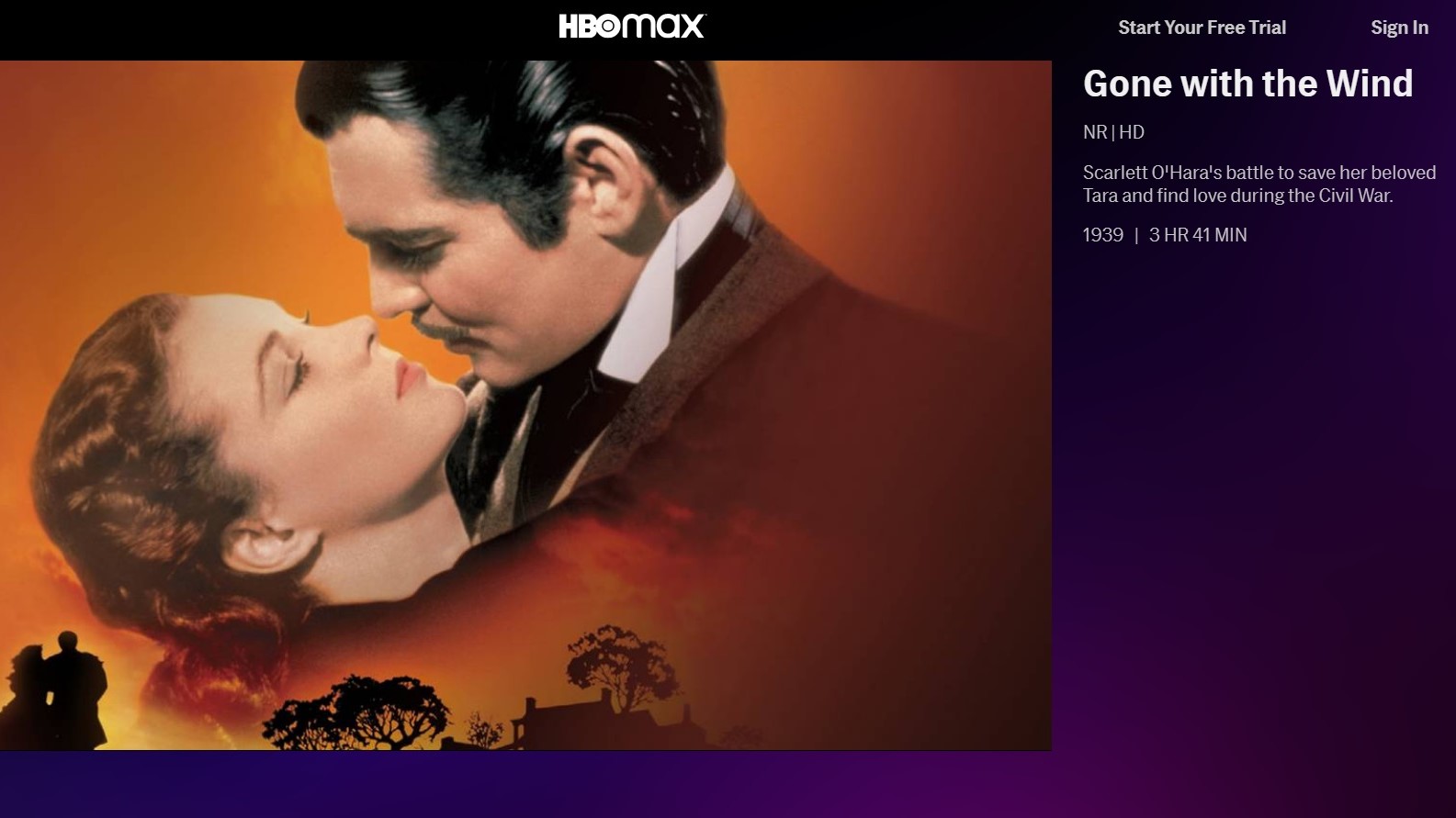 HBO Max has made the news yet again in its short existence. This time, it’s related to (in my opinion) one of the few strong points of HBO Max, its collection of classic movies. Specifically, the 1939 film “Gone With the Wind.”

The Civil War-set film was recently temporarily removed from HBO Max after some recent criticism, including by “12 Years a Slave” screenwriter John Ridley, about both romanticizing the pre-Civil War South and its African-American stereotypes. Said criticism of “Gone With the Wind” isn’t new; even when the film premiered, the film was criticized. However, the current criticism’s coming amidst the ongoing Black Lives Matter protests, as well as a rise in media companies rethinking their depictions of African-Americans.

Thanks to re-releases over the decades, “Wind” is now the highest grossing film of all time domestically, when adjusted for inflation. (“Avatar” trails it by a half a billion.) And of course, there’s been multiple parodies of, and references to, “Gone With the Wind” in media.

Still, it doesn’t take away from the film’s problematic aspects. If memory serves, I only saw “Wind” for school, and it wasn’t something that made me want to sit through it ever again.

HBO Max’s fix for the film is that it now carries a several minute long pre-film short that briefly discusses, and denounces, its stereotypical aspects. The trailer is hosted by Jacqueline Stewart, Turner Classic Movies’ first African-American host.

The trailer’s also available as a standalone film extra, along with an hour-long panel discussion of the film’s issues.

Not new territory for Warner Bros.

This isn’t new for Warner Bros.’ handling of its problematic older properties. Their collectors edition DVD releases of “Looney Tunes” shorts come with an unskippable disclaimer at the start mentioning how some of the shorts contain racist stereotypes. Amazon in the mid-2010s added similar disclaimers to its “Tom and Jerry” shorts, due to the shorts’ stereotypical Black character “Mammy Two-Shoes.”

And note that like the “Looney Tunes” DVD releases, “Gone With the Wind” is still being presented uncut and available. Though I imagine none of this will stop certain people from complaining, anyway.

Marvel's films outgross DC's; Batman's films are the most popular
"Inside Out" wins 2016 Best Animated Feature Oscar
Cartoons at the box office: "Spy" at #1, "San Andreas" drops (not like a rock) to #2
How to stream the 2018 Winter Olympics
Share this post