The coronavirus pandemic is keeping many people at home, including families thanks to multiple school closings. There’s also encouragement to practice “social distancing,” which means avoiding crowded places like movie theaters. As such, streaming services are receiving a lot of attention.

Hollywood just had its worst box office weekend in decades. The box office hasn’t done this poorly since September 15-17, 2000 (when Keanu Reeves’ “The Watcher” and “Bring It On” were at theaters). Unfortunately, things aren’t likely to get better anytime soon. The Regal Cinemas chain is closing all of its theaters starting March 17 (for an undetermined time) due to the pandemic. And various movies (including Disney’s live-action “Mulan” remake) are seeing their release dates pushed back.

Instead of trying to wait this out, Hollywood’s apparently now desperate enough to try something new: releasing some of their recently-released movies to home video much earlier than normal. 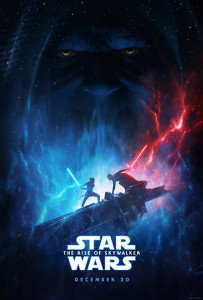 The bigger story might be that the House of Mouse also released “Frozen II” to Disney+ three months earlier than planned. A shrewd move; not only does this keep kids entertained, but it also might encourage new Disney+ subscriptions. It also might help distract from (or make up for) Pixar’s “Onward” underperforming at the box office, though that’s mostly from people avoiding theaters.

Warner Brothers plans to release the “Birds of Prey” movie to digital video stores for purchase (at $19.99) on March 24. It’ll be available for rental in April.

This one stands out since the film’s still in theaters. Though again, given the current state of theaters, it’s just as well WB is releasing “Birds of Prey” to video extremely early.

Comcast-owned Universal’s planning to offer several films for a 48-hour viewing window rental for $19.99. The films include “The Hunt,” “Invisible Man,” and “Emma.” Also coming on April 10 is “Trolls World Tour.”

Charging $20 for a rental is pricey; however, with several people watching, it’s a better deal than seeing the same films at the theater.

The best of Anthony's Notes: "Star Wars"
The title of "Man of Steel 2" is... "Batman v Superman: Dawn of Justice"?!
Cartoons at the box office: "Rocky" and his friends are the guardians of the box office
"Avengers: Endgame" now the second-highest grossing film of all time
Share this post