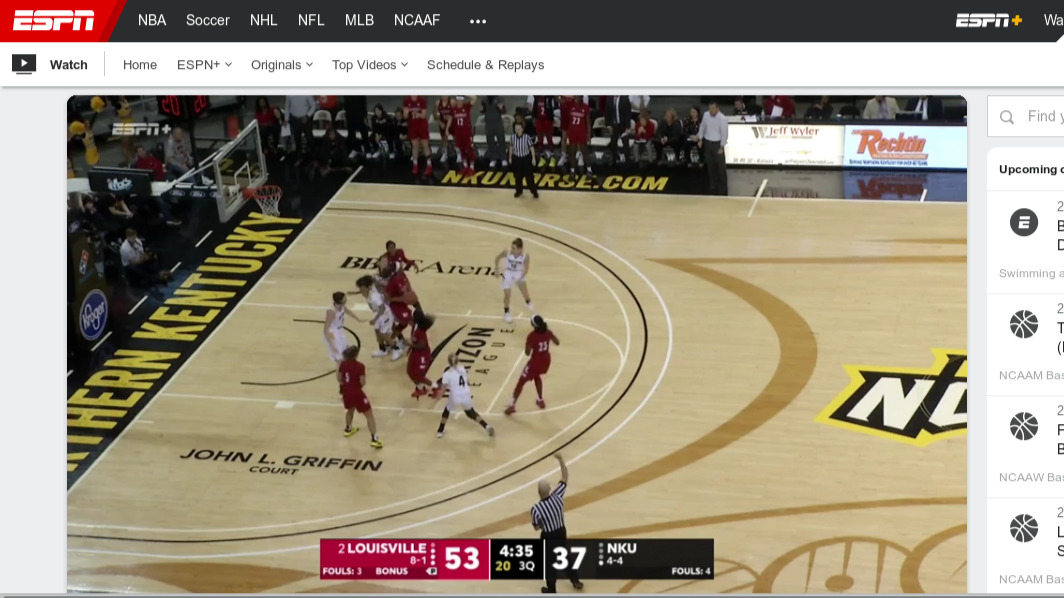 ESPN+ is Disney’s stand-alone streaming service that offers live sports programming. But is it worth it for sports fans? Below’s my review of ESPN+.

A broad range of sports

ESPN+ offers a “constant variety of sport” (to quote the old ABC “Wide World of Sports” opening), including:

ESPN+ also carries original programming and documentaries, including their “30 for 30” series of documentary films. However, SportsCenter isn’t offered by the service.

MLB.TV and NHL.TV can also be accessed or purchased from within the ESPN+ app.

ESPN+ is one of the cheapest streaming services one can add, at $5/month or $50/year. It’s even less if bought as part of the Disney+ bundle, which includes Disney+, ESPN+, and Hulu for $12.99/month.

Contrast that to the cost of NHL.TV, which costs $25/month, $80 for a sole team’s season broadcasts, or $145 for access to all out-of-market teams for the entire season. Unless you want access to every NHL team’s games, or are a fan of a specific team, ESPN+ works well enough as a catch-all service for casual hockey viewing. I’d assume the same goes for baseball, though I’m much more interested in ESPN+ for hockey.

ESPN+ doesn’t come with a free trial for some reason. (They offered one at one time, but have since dropped it.) Thus if you’re looking to try the service out, you’re stuck paying the initial $5 for a month’s service. This strikes me as very customer unfriendly, especially with the cost of streaming services and rivals offering trials. (Oddly, Disney’s other streaming services, Disney+ and Hulu, do offer free trials.)

No NBA or NFL games

Fans of “SportsCenter” or anything else that’d normally air on the ESPN family of networks are out of luck. Subscribing to ESPN+ doesn’t provide access to the regular version of ESPN; you’ll still need an actual cable TV subscription or a similar replacement streaming service (such as Sling TV or YouTube TV).

NHL game coverage (presumably the same for MLB game coverage) is a simulcast of the home team’s local/regional broadcast. Thus, a Chicago Blackhawks versus Boston Bruins game was a simulcast of NESN, the regional sports cable channel home of the Bruins. If you want a Blackhawks-friendly spin on such a game, you’ll have to pay for NHL.TV; that service lets you choose between home and away team coverage. NHL.TV also offers extras like French-language coverage of games (where available).

As far as I can tell, ESPN+ is presumably only available in the United States, just like ESPN proper. I assume sorting out individual countries’ sports rights would make the service difficult or impossible to offer to non-US countries.

Is ESPN+ worth it?

Summing up this review, I’d say ESPN+ is worthwhile for:

Hardcore fans of MLB, NBA, NFL, and/or NHL games who want more than what ESPN+ offers will want to consider: keeping cable; paying for a league-specific streaming service (such as NBA League Pass for NBA games); and/or pay for a live TV service like Sling or YouTube TV.

While it’s no NHL.TV, I’ve enjoyed having ESPN+ as a way to supplement hockey viewing. Since I don’t have a regular cable package, hockey access is otherwise limited to NBC’s sporadic coverage and CBC’s “Hockey Night in Canada” telecasts. At $5/month, it’s inexpensive, and helps fill out some of the sports side of things. The only nitpick would be that regular ESPN access would be nice to have for NBA games.

Soccer in cartoons
Favorite articles roundup for the week of August 30, 2019
The best on demand streaming video services for cartoons?
"Coco" wins best animated feature at the 2018 Golden Globe Awards
Share this post