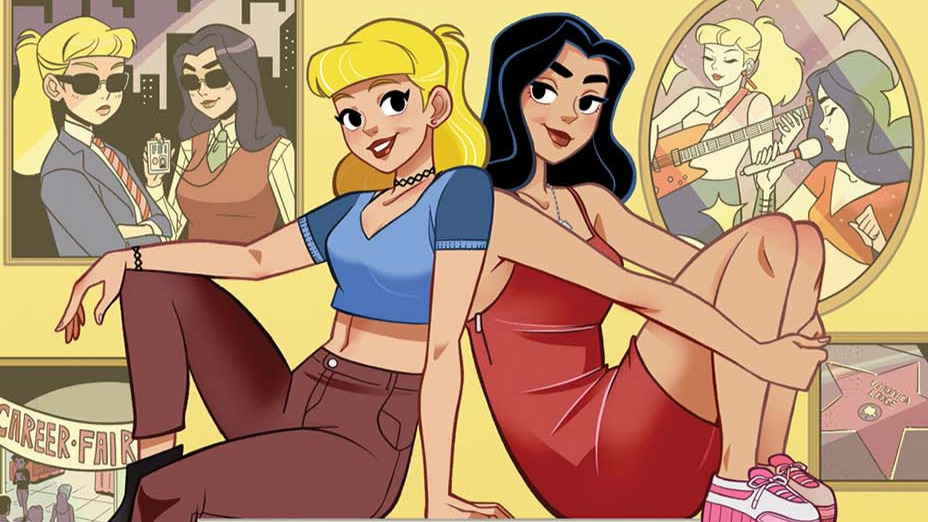 As the most recent comics industry statistics show, graphic novels, especially for kids, are becoming a large boom for publishers. As such, we’re seeing an increasing number of traditional publishers pushing into the original graphic novel space.

Archie’s announced plans to publish a series of original graphic novels. The plan consists of two lines: “Archie Blue Ribbon,” aimed at young adult readers; and a middle grade line of books through publisher Little Bee Books (and their imprint, BuzzPop). (If curious, Writer’s Digest has an article outlining the differences between middle grade and young adult.)

Blue Ribbon will launch sometime in 2020, with two volumes: “Betty & Veronica: The Bond of Friendship,” about the duo at a Riverdale High career day; and “Riverdale: The Ties that Bind,” a “Riverdale” TV show spin-off. “Betty & Veronica” is by Jamie Lee Rotante and Brittney Williams (the latter of “Goldie Vance” fame), while “Riverdale” is by Micol Ostow and Thomas Pitilli.

As for the middle-grade book, it’s launching with one title, “The Riverdale Diaries: Hello, Betty!,” by Sarah Kuhn and J. Bone. The story features the Archie gang as modernized middle-schoolers forming their initial friendships with each other. The book will be released in August 2020.

Like I’ve said before, graphic novels are now a hot comics category, especially ones aimed at kids. With fellow longtime publisher DC Comics making a concerted effort to get in on this area, it makes sense for Archie to launch a graphic novel line as well.

It also fits with their current publishing model. Again, Archie seem to have dropped the idea of publishing ongoing monthly floppy comics, and instead are publishing digests or five-issue miniseries (the latter collected into trade paperbacks). Even Comics Beat has noticed this, with Archie’s flagship monthly title now a series of miniseries.

I’m also pleased to hear of plans specifically targeting kids. It feels like some of Archie’s efforts recently are mainly aimed at older readers (“Riverdale,” “Chilling Adventures of Sabrina,” the horror comics line).

Abrams Books announced it’s launching a new graphic novel imprint. Surely Books will launch in spring 2021, with a focus on LGBTQ graphic novels. Both fiction and nonfiction material will be featured, including: a biography about Patricia Highsmith (author of “The Talented Mr. Ripley”), by Grace Ellis; a Revolutionary War biography by Josh Trujillo and Levi Hastings; and a fiction story by Terry Blas and Claudia Aguirre.

Since 2021 is (as of this writing) over a year and a half off, there’ll likely be more news about Surely Books by then. Of course, Surely will have plenty of competition for LGBTQ-centric graphic novels, which is a good thing for everyone.