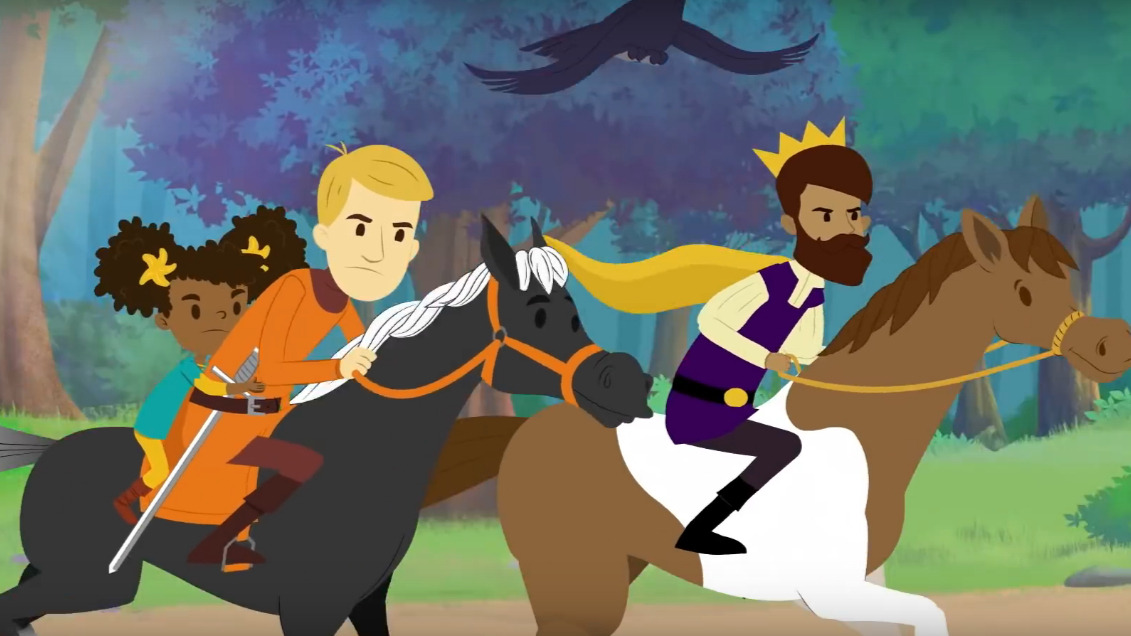 Once again, I’m taking a look at recommended streaming services for cartoons, in an update to last year’s post. The biggest change is taking into account Disney+; with the launch of Disney+ in November, I expect Disney’s new service to be quite disruptive.

As usual, I’m mainly looking at on-demand services (Netflix, etc.), though I’ll mention live TV services as needed. Also not covered here: “TV Everywhere” apps that require a cable TV subscription to make full use of (Disney Now, etc.) and piracy. Finally, everything below just applies to the United States (where I live).

I recommend paying for no more than three or four video streaming services. If you end up needing more services than that, either: buy or rent the shows on DVD/digital video; keep your cable TV subscription (if cord cutting); or rethink how much TV you’re watching.

Yes, as I’ve said before, every Tom, Dick, and Hulu is trying to launch a streaming service. But contrary to various articles grumbling about the explosion of streaming services replicating cable’s situation, you don’t have to subscribe to all (or even most) of them.

Reconsider getting a service for just one show

I’d avoid subscribing to an entire service for just one show. Unless you’re a hardcore fan that needs to discuss it in real-time online, I’d consider buying or renting the show on DVD/digital video instead.

Another option is to subscribe to the service anyway—but only long enough to binge watch the entire season of said show, and then cancel.

If you’re looking for a streaming device, I’d recommend the Roku. The Roku’s advantages include being inexpensive, carrying pretty much all non-Apple streaming services, and not being tied to any particular ecosystem (Google, Amazon, or Apple).

Netflix carries an ample library of animated fare. While in the past this has included Disney’s fare, Disney+ will see most (if not all) of this head to the newer service in the future. Netflix costs $9 for the basic standard definition-only service, $13 for the usual HD service, and $16 for 4K viewing.

Crunchyroll seems to be the most popular anime-specific streaming service. The service runs at $8/month, and includes a large library of programming, including “My Hero Academia,” “Naruto,” and “One Piece.” Crunchyroll also offers some access to manga.

Boomerang is the streaming service spin-off of Cartoon Network’s sister cable channel. The service carries the classic Looney Tunes and Hanna-Barbera libraries, plus Popeye and Tom and Jerry. If one wants “The Flintstones,” Scooby-Doo, “Wacky Races,” Bugs Bunny, the Road Runner, and other classic fare, this is the service. Boomerang costs $5/month, or $40/year.

DC Universe carries a mix of originals, classic DC Comics-based fare, and digital comics (akin to Marvel Unlimited). The service runs $8/month. Most of the entire animated DC Comics library (and much of the older live-action movie/TV library) is available here, from the 40s Fleischer Superman shorts to “Young Justice.” (“Teen Titans Go” fans will need to turn to Hulu.)

Hulu is now owned by Disney, as part of their purchase of Fox. The current plans seem to be to carry Disney’s more adult material on Hulu, and keep Disney+ for PG or PG-13 rated material. Hulu costs $6/month for the basic level of service, or $12/month for the no-ads tier.

Disney+ is set to launch in November 2019, and is sure to take the streaming world by storm. Besides a $7/month price point, Disney+ will carry a large library of shows, including material from:

As I’ve said before, Disney does own a massive library of material. For those who like any or all of the above franchises, I expect Disney+ to serve them well.

Some other content owned by Disney/Fox, such as “Family Guy,” will still be available on Hulu, which is also Disney-owned.

PBS Kids offers its own free service, which offers a rotating selection of episodes of each of its shows. There’s also a free live stream of the PBS Kids broadcast network (available on PBS digital subchannels nationwide). Fans of “Arthur,” “Molly of Denali,” and “Wild Kratts” can find episodes of these shows here.

If one isn’t tied to a specific studio or genre, I’d recommend Netflix and/or Hulu for general viewing purposes. Both services carry a large variety of animated material. Amazon Prime Video in my opinion doesn’t have as strong animated offerings as Netflix or Hulu.

If Disney-owned material’s desired, get Disney+. Between the library of Disney theatrical animated films (no more “Disney Vault“), Pixar, Disney Channel TV series, and “The Simpsons,” there’s a large amount of animated material to choose from.

Hardcore DC fans will want to check out DC Universe, as that’s where most of the older DC animated library’s ended up. It’s uncertain at this point how much HBO Max will impact DC Universe, however.

For those with younger kids, I recommend PBS Kids. The network is known for its educational fare, and offers a variety of entertaining (and commercial-free) cartoons. Plus, it’s free, so you can also still subscribe to any other services.

Hulu will be the service of choice for those mainly concerned about watching Adult Swim, Fox, or Comedy Central shows. “Simpsons” fans will probably also want Disney+, however.

Anime fans will be interested in Crunchyroll. It carries a large variety of material, including new episodes of some shows shortly after they air in Japan. Crunchyroll also offers some manga as a bonus.

For those who want to see older (non-Disney) cartoons, Boomerang’s service is pretty decent, and inexpensive. If you (or your kids) want to see Bugs Bunny or Scooby-Doo without paying for DVDs, this is the service to use.

Nickelodeon fans might want Amazon Prime Video, which carries some of the older Nick library of shows, including “SpongeBob SquarePants.”

Another option for older Nick fare (early “SpongeBob,” “Rocko’s Modern Life,” the 2012 “TMNT” series, etc.) is Pluto TV, a Viacom-owned free service that streams (at scheduled timeslots) various “channels” of programming (with ads), similar to a cable TV setup. One such “channel” is “Nick on Pluto TV,” which is basically the old NickToons lineup of shows (90s/00s animated and live-action fare).

Otherwise, buying DVD/digital video copies of Nick shows might be the only major alternative available. Historically, Viacom’s been quite reluctant  and old-fashioned about releasing its shows to streaming services. That said, their recent merger with CBS (and the CBS side’s stronger interest in streaming, via CBS All Access) might finally see things improve for Viacom programming.