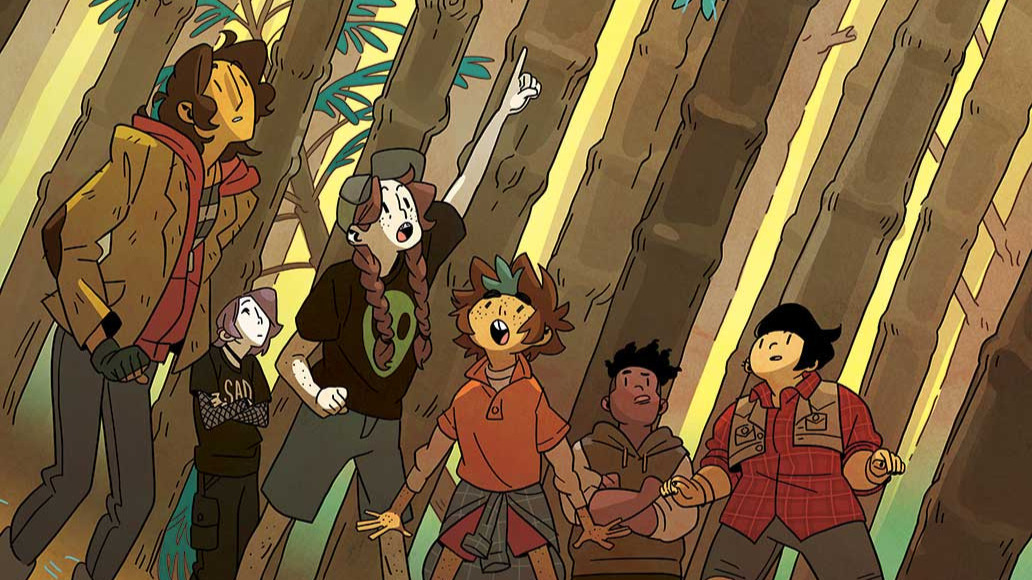 Here’s a look at what comics of interest are coming out in October 2019.

Frank Miller’s unneeded Superman origin-thing (finally) comes to an end this month, with an appearance by… non-Superman-villain, the Joker. Apparently Superman only fighting his own villains in his own origin story was too much to ask.

On a better note, DC releases this month the first issue of a three-issue miniseries about Superman fighting the KKK during the 1940s. It’s based on the classic 1940s Superman radio show storyline where the Man of Tomorrow battles a pastiche of the Klan.

While set in 1946, the story isn’t completely the traditional Golden Age Superman, as the description says Clark hasn’t mastered flying yet. Supes went from “leaping tall buildings” to flying outright by the middle of World War II, thanks to spin-off media (the radio show, the Fleischer theatrical shorts) plus competition with sales rival Captain Marvel.

The Scooby-Doo “50th Anniversary Giant” is an extra-sized issue with reprints of previous stories from DC’s various “Scooby-Doo” titles, plus 30 pages of all-new stories.

I didn’t see “Moon Girl and Devil Dinosaur” in Marvel’s solicitations. I’m hoping it’s just skipped a month, versus being cancelled without any announcement. Granted, the number of Marvel titles I’m interested in have dwindled, thanks to cancellations/reboots/changes in writers/etc.

This month’s “Lumberjanes” sees the gang search for signs of extraterrestrial life (plus a cat).