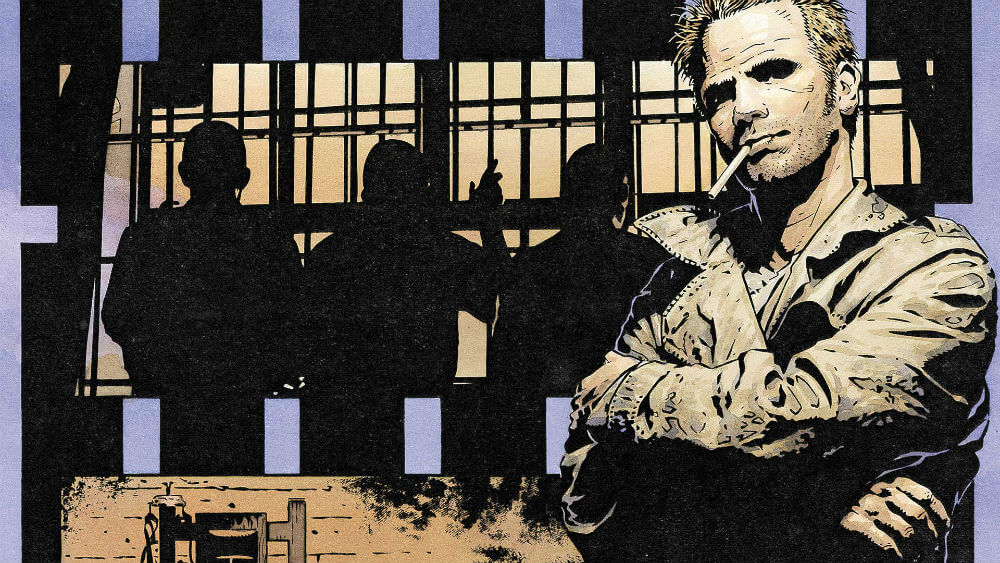 Late last week, DC announced plans to eliminate all of their ongoing imprints, as part of simplifying their line. Instead of having multiple imprints, DC will only have three age-defined labels:

As a consequence, the Zoom and Ink lines, which were much hyped barely a year ago, are going away, though the books will be folded into the new DC Kids label. But the bigger consequence is that after over 25 years, Vertigo is biting the dust; plans are to end the line in January 2020.

A statement by DC editor Dan DiDio notes that DC went most of its history without imprints. Of course, most of their books were suitable for children or teenagers to read until the 1980s or 1990s; that’s when they shifted to near-exclusively targeting older readers. With the recent cancellations of “Scooby-Doo Team-Up” and “Teen Titans Go,” the only single-issue comics DC now has for kids are the bimonthly “Scooby-Doo, Where Are You?” and “Looney Tunes” books.

Thus, I wouldn’t expect to see the “DC Kids” label on floppies very often. DC and Marvel don’t care about attracting kids to their single-issue comics, which those books’ tone, pricing, availability, etc. make quite clear. (Granted, the same also probably applies to attracting the general public period to single-issue comics.) Graphic novels, on the other hand, might be a different story; DC also announced an aggressive kids graphic novel expansion effort.

The only down side of this is that it feels rather sudden a shift in marketing strategy, after the hype Zoom/Ink got only a year ago. Still, it does simplify things, and might be easier to sell.

Vertigo going away, however, has made a much bigger splash online. It was even trending on Twitter for awhile.

Vertigo launched in 1993 as a DC Comics imprint; Karen Berger helmed Vertigo until 2013. (Berger’s now running her own imprint, Berger Books, through Dark Horse.) During the 90s, Vertigo was one of the most prominent mainstream publishers of mature reader-oriented comics. For most of its history, Vertigo’s books were also creator-owned, in a big break from the usual Big Two norms.

The books that came out made a splash: “Sandman,” “Preacher,” “Transmetropolitan,” etc. Back then, I used to read “Sandman Mystery Theatre” and “Preacher.”

Reasons for  the shuttering of Vertigo (and thoughts on Black Label)

That said, I can see why DC finally shuttered Vertigo. Since the 1990s, there’s been a boom in independent, smaller publishers, as well as creator-owned comics. Image has shifted away from its grimdark/”edgy” superheroes in the 90s (Vertigo’s heyday) to now being home of creator-owned books like “The Walking Dead.” There’s also Boom, Dark Horse, and various others.

The internet also led to the rise of webcomics. Now, one can easily publish any type of story, even if a mainstream publisher like DC (or DC subsidiary Vertigo) isn’t interested.

Gizmodo and Bleeding Cool note that Vertigo also recently became much less creator friendly, with contracts more in line with their regular superhero output. This probably also was a big factor in killing off Vertigo—with better options now available, creators are less eager or desperate to sell off their best ideas to a company now owned by Ma Bell.

Finally, comics have become a source of revenue via superhero media adaptions for DC and Marvel’s corporate owners. Thus, it’s telling that the recognizable and beloved Vertigo name’s been dropped, while the Black Label name is being kept for DC’s mature readers line. So far, the output of Black Label has only been superhero stories, with a disproportionate emphasis on Batman/Batman-related characters. Its most noteworthy story to date received negative public backlash/mockery over Bruce Wayne being nude.

It’s disappointing that DC dropped Vertigo in favor of the less-than-beloved Black Label. But it also seems to support the idea that the comics mostly exist to prop up the more profitable media and merchandising sides. (The aforementioned “naked Batman” story now has a Funko figure, albeit fully clothed.)

Still, we’re fortunately now in an age where things like creator ownership rights, a wider variety of genres, and diverse characters/ideas are assumed norms.

DC to raise the price of "Batman" to $4.99 (update: DC's holding the line at $3.99)
10 comics I enjoyed in 2017
Yet another round of comics sexism: Janelle Asselin, "Teen Titans" and online backlash
A list of US presidents Superman's met
Share this post