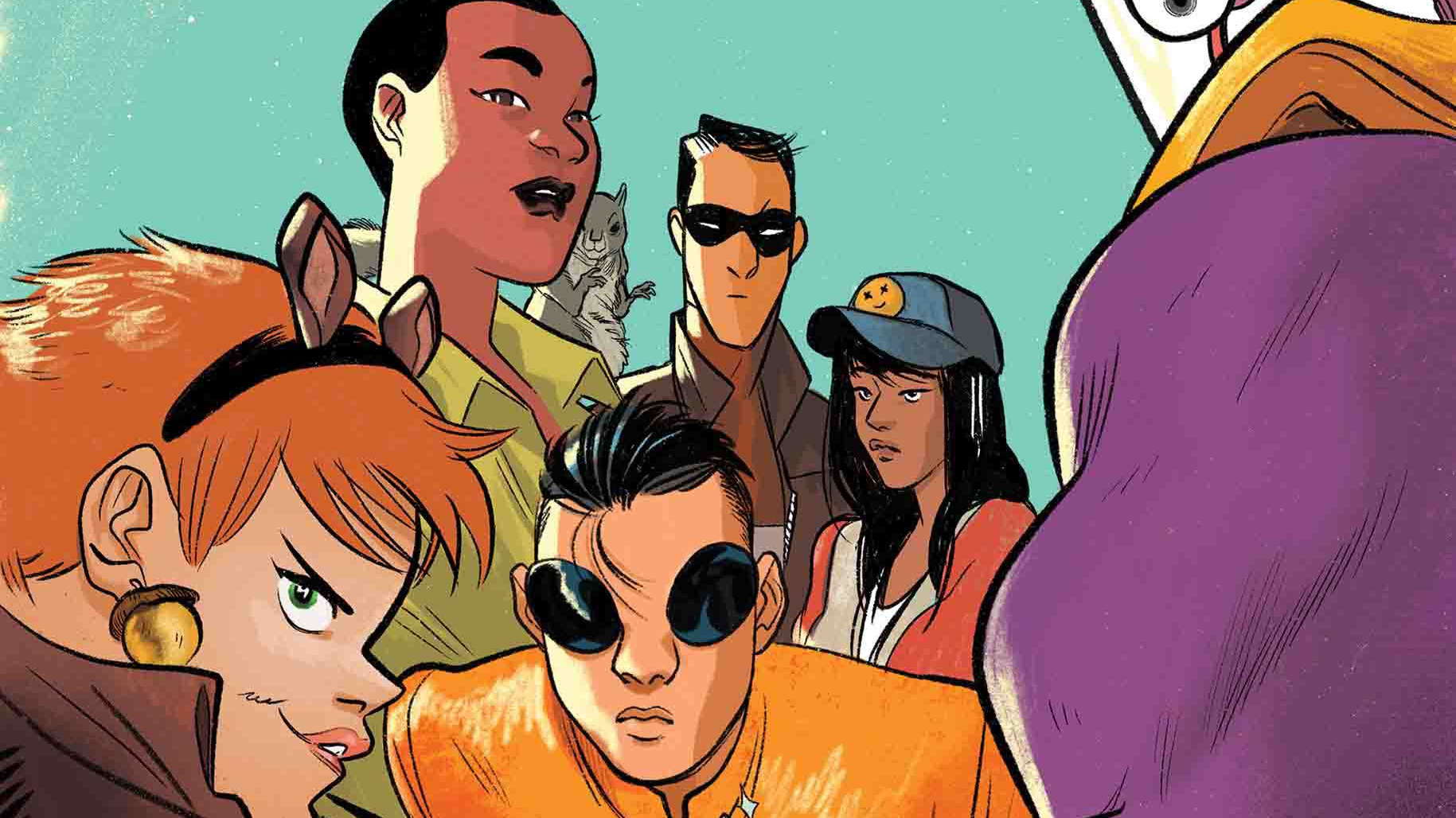 Here’s my look at what comics of interest are coming out in August 2019.

For Scooby-Doo’s 50th anniversary, DC is releasing a trade reprint of his “greatest adventures.” This includes various previous DC-published Scooby-Doo titles, as well as some of the team-ups in “Scooby-Doo Team-Up.” Speaking of which, SDTU isn’t solicited this month; I gather it’s gone back to being a bimonthly series. Granted, it’s already gone through most of the bigger-name DCU and Hanna-Barbera characters by this point.

As for the regular Scooby title, it’s hitting its 100th issue (under its current title) this month.

Archie’s relaunching “The Married Life,” the 2009 series that helped kick off the publisher’s modernization efforts of the past decade. The original miniseries looked at the possible futures if Archie married Betty or Veronica. An ongoing series followed this miniseries. However, the new miniseries seems to be a direct sequel, and ignoring the ongoing one (probably for good reason, given how it ended).

Marvel’s releasing yet another all-ages comic via IDW, rather than publishing it themselves. This time, it’s a three-issue Captain Marvel miniseries, where she fights an invasion of flerkins (cat-like creatures) in New York’s bodegas.

On the bad news side, “The Unbeatable Squirrel Girl” is ending its run with issue #50. The creative team (writer Ryan North of “Dinosaur Comics” fame, artist Derek Charm, colorist Rico Renzi, and editor Wil Moss) notes they’re ending the series on their own terms, versus being cancelled.

That’s too bad. Squirrel Girl’s become one of my favorite superheroes, and Doreen’s comic was one of the main Marvel books I’ve been reading. Hopefully she’ll gain a new series someday. I also hope that Doreen’s supporting cast don’t fall into limbo (akin to Patsy Walker’s cast after her book got axed). Or worse, end up as cannon fodder in some future crossover event. I wouldn’t mind seeing, say, one of Marvel’s LGBT writers take a shot at writing Koi Boi.

Marvel plans to release “Marvel Comics” #1000, a 96-page, $10 one-shot special. Purportedly, it’s meant to tie into Marvel’s 80th anniversary . However, it’s pretty transparently meant to mimic DC Comics’ “Action Comics” and “Detective Comics” hitting their 1000th issues. Making it worse is that there is no 1000th actual issue of “Marvel Comics.” The only book under that title (“Marvel Comics” #1 in 1939, the company’s inaugural title) changed its name early on, and didn’t last past the Golden Age. No amount of creativity rationalizes the “1000” number.

On top of all of this, someone on Twitter pointed out that a variant cover collage of various Marvel characters/moments somehow included an image from their rival DC. A clip of the New 52 version of Alan Scott kissing his boyfriend (before said boyfriend pointlessly became cannon fodder) is included on the cover. See for yourself:

Bleeding Cool speculates the artist might’ve wanted to include an image of Hulkling and Wiccan kissing, but made a mistake. No doubt it’ll be fixed by the time the issue’s published, but still…