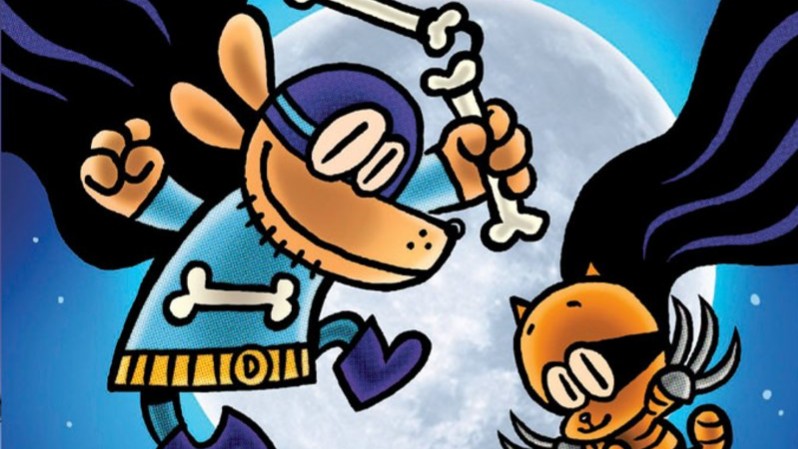 Comics sales analyst Brian Hibbs has written his annual look (via Comics Beat) at 2018 bookstore graphic novel sales. As usual, his analysis is based on sales data from Nielsen BookScan, which tracks sales figures for 85% of retail book sales (as of 2013). To quote Hibbs’ article on sources BookScan tracks:

Sources not included include: libraries; schools; specialty stores like comic book shops (those are covered by Diamond/fall under the direct market, which has its own sales analyses); and book clubs/fairs, such as the famous Scholastic school ones. Hibbs notes there’s a few other factors in these figures (how BookScan categorizes books, etc.).

I’ll note these numbers will be slightly different from those reported by Comichron and ICv2’s 2018 analysis (different categories included or estimated, etc.). Still, it’s a generally decent look at what’s selling through the majority of bookstores and retail channels. Of course, that’s where the general public is most likely to buy comics; going by the Comichron/ICv2 figures, the direct market’s no longer the majority of sales.

Below are my thoughts on some of the major report points.

Below are the top 20 graphic novels sold in 2018, including sales figures.

Save “Adventure Zone,” every book on this list is aimed at younger readers. Meanwhile, nothing from the Big Two (DC/Marvel) hits the charts until #29, “The Infinity Gauntlet,” a story written in 1991. It also likely sold that well per the two recent “Avengers” movies. Quite the opposite of the direct market, whose top-selling trade paperbacks are mostly adult oriented. And, of course, the direct market’s single-issue comic sales are dominated by superheroes and kid-unfriendly.

“Dog Man” is clearly very popular; the series occupies the top six slots, and saw around two and a half million copies sold. (Or a whopping 13% of all of BookScan’s comics.) Also no slouch is Raina Telgemeier, whose books “Smile,” Drama,” and others continue to sell well, taking up four slots.

I also note out of these 20 graphic novels, 10 are written by women. A far cry from the male-dominated state of the direct market’s top-selling single-issue comics.

The top 10 graphic novel publishers (both manga and Western), and how much they earned, are as follows:

Scholastic clearly dominates the non-direct market graphic novel space. Despite hype about DC and Marvel as the “Big Two,” they’re pretty much just the “big fish” the traditional paper single-issue comics pond. Outside of the direct market, DC and Marvel are both outsold by children’s comics and by manga.k

Driving the point home, Hibbs included in his report a chart showing the percentage each publisher has for all graphic novel sales in 2018. DC and Marvel combined made up about one-fifth of the BookScan-covered bookstore retail market.

Overall, 2018 graphic novel sales in the book channel space are doing very well, thanks particularly to kids’ comics and manga (or at least Viz). There’s a reason even DC and Marvel (particularly the former) are trying to expand into the graphic novel space; see DC’s efforts with DC Zoom, Ink, and “DC Super Hero Girls.”