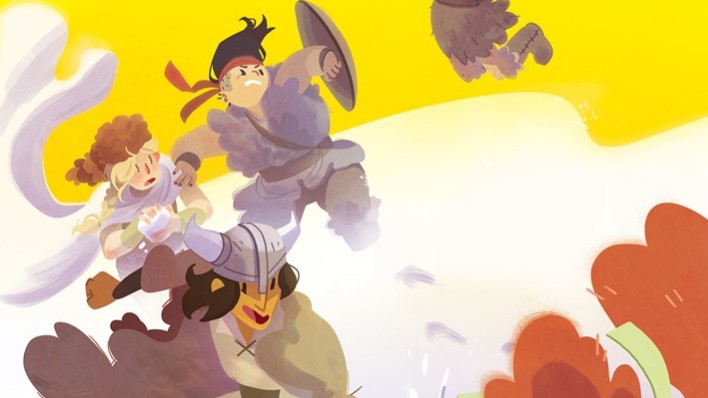 Here’s a look at what non-Big Two comics of interest are coming out for June 2019.

Archie launches in June 2019 a five-issue miniseries revival/reboot of “Jughead’s Time Police.” The original series ran for six issues from 1990-1991, and featured Jughead as part of a Timecop-like future temporal police service. He was partnered with (and romantically interested in) January McAndrews, the descendant of Archie Andrews himself.

At the time, Archie was experimenting with the idea of Jughead dating girls, an experiment which ended a few years later. More recently, Jughead’s relaunched series declared him as asexual. That’s a big shift from older comics, which went with the problematic ideas of “he’s a weirdo for not liking women or dating” and/or “he’s a misogynist that hates women.”

Boom! Studios is putting out a hardcover volume of stories about Linus Van Pelt from “Peanuts.”

On a bigger note, I’m rethinking these monthly “comics picks” posts. No, I’m not ending them, but I’m considering folding them into just one monthly post.

For starters, my comic tastes have obviously changed since I started this blog. My DC Comics picks alone are down to just “Scooby-Doo” and a few other similar titles. I also don’t want to write about characters, comics, or other elements I dislike (crossovers, etc.) just because it’s comic news/I need to pad out the length of a post. Also, a lot of my comic reading doesn’t fit what’s advertised in Diamond’s solicitations, such as webcomics.

Finally, there’s other types of material I should probably include, such as the “Lumberjanes” and “The Backstagers” prose young adult novels. (Which do exist—I’ve read both series’ novels and enjoyed them!)

So hopefully, next month’s comics picks post will look different. But if anyone has any suggestions or constructive criticism, feel free to list them in the comments below.