Back in 2015, I wrote about seven now obsolete technology references in cartoons and comics. Of course, tech development moves on, both in real life and in fiction. Thus, here’s another five examples of cartoons that feature or are associated with obsolete technology.

The Superman Homepage, a Superman fan site, ran an article outlining where the connection between Superman and phone booths came from. Basically, it seems to be a remnant of the 1940s radio show, plus several of the Fleischer animated shorts. It’s an association that’s stuck since, despite that 99% of the time, Superman changes identities in the “Daily Planet” storeroom, an empty office, or somewhere else secluded.

The existence of phone booths have been on a very sharp decline since the 1990s, when cell phones emerged as the preferred mobile communications tool. Nowadays, phone booths are a rare sight; their existence in media is now either as nostalgia or as a “something today’s kids won’t recognize” punchline. See, for example, a 2011 “Pearls Before Swine” comic strip about phone booths. Superman related cartoons and other media occasionally feature phone booths as an in-joke, but otherwise, they’re treated as obsolete technology like everywhere else.

A carburetor, as Wikipedia defines it, is a device that mixes air and fuel in the proper ratio for internal combustion engines for, well, combustion. It was a key component of automobiles until the late 1980s and early 1990s, when fuel injection replaced carburetors for nearly all cars. Today, they’re only found in certain specialized vehicles.

The typewriter was a longtime staple of any office or writing scene in fiction, including cartoons and comics.

The 1961 Disney movie “101 Dalmatians” shows the titular dogs watching a black-and-white TV. Meanwhile, “The Flintstones” (despite its Stone Age setting) always showed Fred and Wilma owning a color TV. (No, they never explained how their TVs worked… perhaps electric eels powered them?)

The gradual switch from black-and-white to color was also noted in some cartoons. The 1966 “Atom Ant” episode “Dina-Sore” has a TV anchor, covering a fight between Atom and a (now-dated-looking) Tyrannosaurus rex, state: “for those of you with color sets, [the fight]’s a beautiful sight.” (Atom’s show aired in color on NBC, the self-proclaimed “living color” network.) 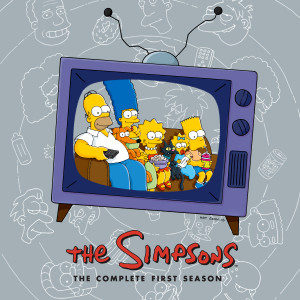 Another obsolete TV technology aspect is the use of dial tuners on TV sets in cartoons.

For those wondering, TV sets once came with two separate knobs for tuning, one for VHF channels (2-13) and one for UHF channels (14-83, which became channels 14-69 when the UHF TV band was contracted in 1983 to make room for then-analog mobile phones). You’d turn one of the dials to tune to the desired channels. Thus, the origin of phrases like “turn the channel,” “channel flipping,” or the classic TV slogan “don’t touch that dial.”

The switch to digital broadcasting in 2009 finally rendered any lingering dial tuner TVs permanently obsolete. A digital converter box became required to use any older TVs without compatible digital tuners.

Oddly, despite being obsolete technology, dial tuner TVs have stuck around in some cartoons made well into the 2000s and 2010s. 2010s CGI-animated cartoons such as “Ready Jet Go” and “The Garfield Show” show the characters using (CRT-style) TVs with dials on them.

“The Simpsons” also prominently owned an old-fashioned dial-tuner TV set, well past the point they fell out of favor. A 1996 episode shows the family buying a new TV, replacing the old one with an identical model. However, the show notorious for being reluctant to change did make one prominent change: the debut of season 20 in 2009 saw the family switch to a modern flat-screen TV. Season 20 is also the first season to air in HD.

That wraps up another look at obsolete technology appearances in cartoons. If you have any other examples of the above in comics and animation, feel free to mention them in the comments below.

Which characters can appear in Marvel movies?
Valentine's Day in cartoons
A look at Superman's power of super-ventriloquism
DC Comics announces Rebirth details