The organizers behind the Academy Awards are facing problems with the annual Oscars telecasts. Ratings have dramatically dropped in recent years; meanwhile, the 2018 Oscar telecast approached the four-hour mark in length. ABC, the Disney-owned network that currently airs the Oscars, has been pushing for changes for some time.

Thus, the Academy plans to do so. One change is moving certain awards to during commercial breaks, as a way of shortening the broadcast to no more than three hours. The biggest change, however, is the creation of a new award, for the “best popular film.” The hope is this will give a bigger boost to popular blockbuster films, which would attract a bigger audience to the show.

The flaws in the Oscar changes

The internet’s erupted in criticism of this new category, with a long list of reasons why this plan seems flawed. To summarize some of the better reasons (and adding my own): 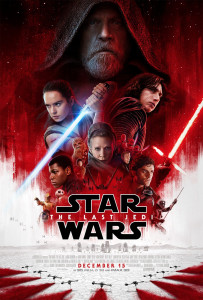 So yes, aspects of all of this sound half-baked. But playing along, I’ll take a few guesses at what recent films might’ve been nominated for or won a “best popular film” Oscar.

I’ll assume the potential nominees are the top grossing films of each year. I’ll also assume there’s five nominees for the category, similar to other Oscar categories. Using 2017 as an example, the top-grossing films globally last year:

Organizing the films by Rotten Tomatoes and Metacritic scores (the two top gauges of film reviews online) gives the following.

Overall, the winner for a “best popular film” for 2017 could’ve been “The Last Jedi.” Sorry, racist/sexist trolls.

Another option is approaching this more from the tastes of critics/judges, given it’s still the Academy we’re talking about here. Looking at last year’s top 20 grossing films, and eliminating anything that’s past part two, non-English (there’s already a “foreign language film” category), or based on a TV show, leaves the following initial list of nominees from which to draw a final five candidates:

Overall, I’m still not sure a “popular film” category’s necessary. If they really want to improve the Oscars, they’ll keep pursuing their goals of more diverse judges, as well as drop the pointless sketches/song numbers to shorten the ceremony.