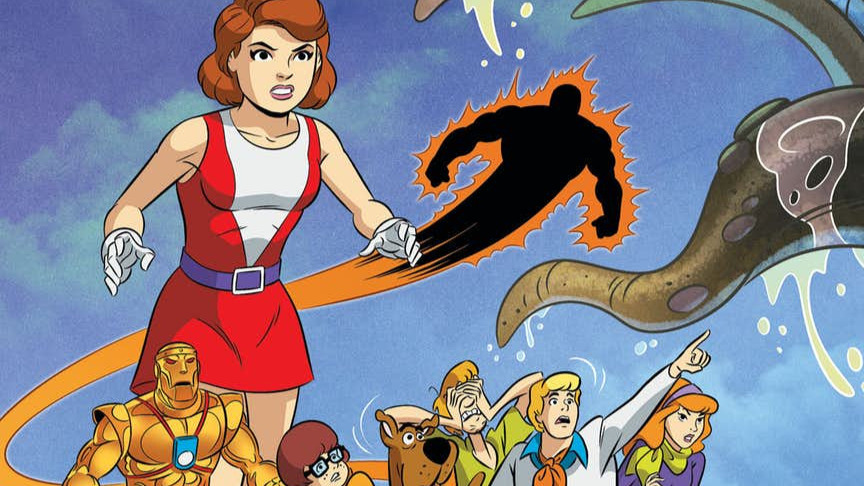 Here’s my look at what’s coming out from DC Comics for October 2018. A full list of solicitations is available here.

DC’s selling blank pre-stapled comics for “24 Hour Comics Day,” a day in October for drawing a comic within 24 hours. However, as some online have noted, the books are only 16 pages long (against the day’s rules of 24 pages). (Edit: DC fixed their mistake; they’re now 24 page books.)

Out this month are the first issues of Vertigo’s revivals of “Lucifer” and “The Books of Magic,” as part of a “Sandman Universe” line. I suppose it’s also a way to try to revive the Vertigo line in general. Vertigo’s popularity peaked back in the 90s, before the recent explosion in webcomics and creator-owned/independent comics.

Also appearing in all four issues is a Secret Squirrel storyline (no art available for Secret, unfortunately).

This month’s “Scooby-Doo Team-Up” features the Doom Patrol! I wonder if Beast Boy will be mentioned, as that was his original team (before joining the Titans).

Meanwhile, the regular “Scooby-Doo” book is definitely solicited for this month. The issue sees the Mystery, Inc. gang go to a monster truck rally.