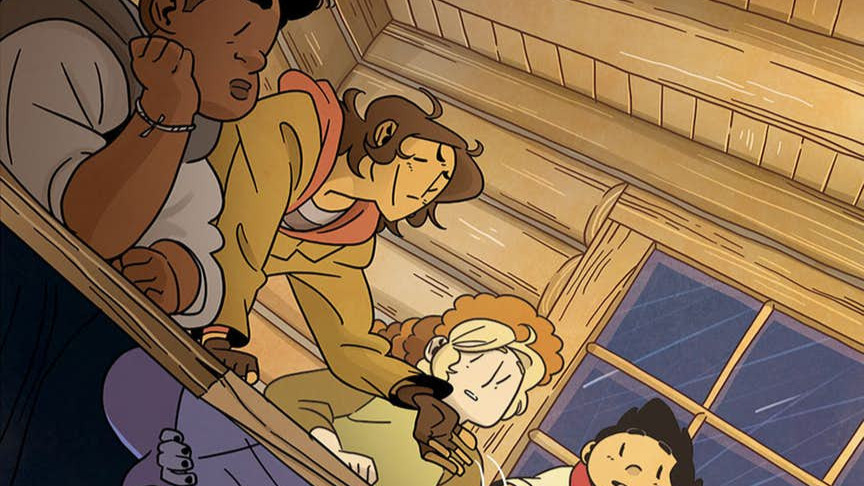 Here’s a look at what non-DC/Marvel comics are coming out in June 2018.

Archie’s publishing a crossover between its classic superheroes (collectively dubbed the “Mighty Crusaders” nowadays) and the Riverdale-set superhero parodies known as the “SuperTeens.” The latter included Archie as Pureheart the Powerful (also known as Captain Pureheart), Jughead as Captain Hero, Betty as Super Teen, Veronica as Miss Vanity, and Reggie as Evilheart. The above group of heroes first appeared during the 1960s, save Veronica’s alter-ego, who came during a 90s revival.

Marvel’s Archie-released digest this month features the Ant-Man and the Wasp, as part of promoting this summer’s big film. Just in case their regular line this month wasn’t Ant-Man- and Wasp-centric enough?

Boom! is putting out a Garfield miniseries, “Garfield: Homecoming,” that has a plot similar to one from the 80s run of the strip. In that story, Garfield left home and ended up working at a circus with the obnoxious Binky the Clown.

No “Back to the Future” related comics from IDW this month?

“Comic Book History of Comics: Comics For All” is Fred Van Lente and Ryan Dunlavey’s latest installment on the history of comics. This particular series (now collected as a trade) focuses on the early history of comics; it also has a particular focus on British/European comics and Japanese manga. They also added spotlights on noteworthy women comic creators (dubbed “HerStory of Comics”). I did enjoy reading the original “History of Comics,” so this one will hopefully also be an informative and enjoyable read.