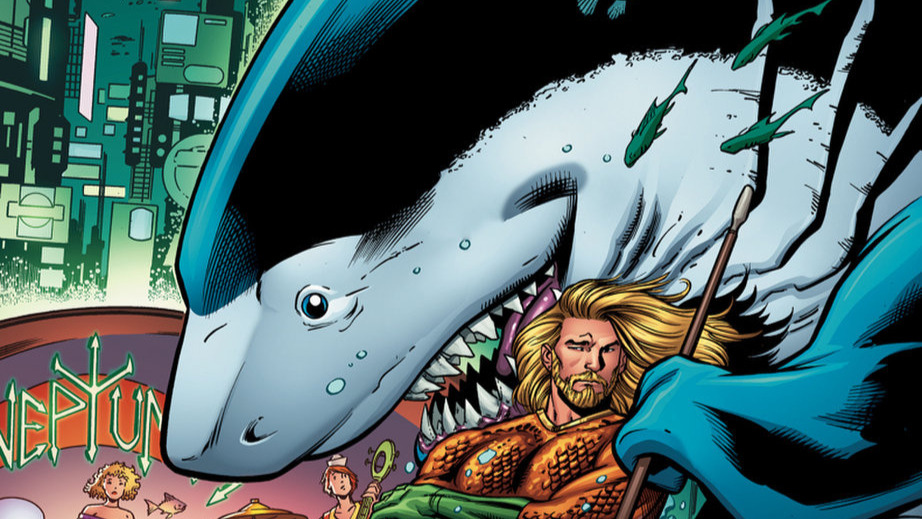 Here’s a look at what’s coming out from DC Comics for June 2018. A full list of solicitations is available here.

There’s a lot of Batman titles serving as a run-up to the upcoming Batman/Catwoman wedding.

Outside of the DCU, “Bombshells United” is ending its run as of this month.

The Man of Steel (again)

It doesn’t sound like it’s a massive reboot like the Byrne one (or the New 52 revamp). Instead, it sounds more like an origin summary, with a running storyline added. That said, I’d expect the usual retcons. Maybe they’ll let Clark be Superboy in the Legion’s time-era (like just before the New 52 reboot).

“Scooby-Doo Team-Up” this month features… the Justice Society of America! The gang go back in time to fight a threat in the present and meet the mystery-men and -women. Well, most of them; judging from the cover/story description, it’s the post-Crisis version of the JSA, minus the Golden Age Wonder Woman. Earth-2’s Princess Diana, of course, was in pretty much every Golden Age issue of “All-Star Comics” after joining the Justice Society.

I wonder what’ll happen in this one. Will Velma scratch her head at some of the odder Golden Age origins (“hard water equals super-speed, Flash? I find that hard to believe.”)? Will Shaggy discover automats? Will Scooby find some courage and bite a Nazi? The solicit mentions “spies, saboteurs, and Nazi monsters.” Oddly, the gang’s apparently faced Nazis before (in a mid-70s Charlton comic story).

DC had success with the recent DCU/Looney Tunes and DCU/Hanna-Barbera crossovers. Thus, we’re now getting a second round of the latter.

Leading the way is our old friend, Jabberjaw, who’s teaming up with the Sea King himself. They’re both fighting Aquaman’s evil half-brother, the Ocean Master. Will our favorite Curly-voiced shark finally get his long-desired respect? And from a founding member of the Justice League, no less?

Also coming is a Black Lightning/Hong Kong Phooey team-up, set in the 70s, the decade in which the two characters originated. There’s also even more Dynomutt (following last month‘s Scooby-Doo team-up), as Blue Falcon and the Dog Wonder meet the Super-Sons. DC’s also publishing a Wally West-Flash/Speed Buggy team-up, but Scott Lobdell as the writer might make this one a no-sale for some.