This year’s Oscar nominees have been announced. Here’s a look at this year’s animation-related nominees. The full list of nominees is available here.

The Academy Award ceremony takes place on Sunday, March 4 at 8 PM ET/5 PM PT. The ceremony will air on ABC. 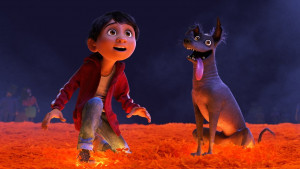 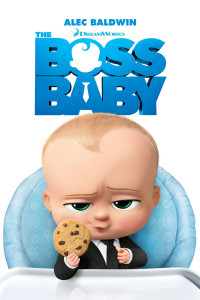 Oddly, the Oscar animated feature nominees are exactly the same as those for the Golden Globes last month. Which would give even more credit to the likelihood “Coco” will win the Animated Feature Oscar.

The Washington Post notes four of the five animated features are written, produced, and/or directed by women: “The Breadwinner,” “Coco,” “The Boss Baby,” and “Ferdinand.”

A song from “Coco” is nominated for the Original Song category. However, it’s up against stiff competition in the form of critic favorite “The Greatest Showman.”

“Get Out” nominated for Best Picture

Over on the live-action side of things, “Get Out” is among the films nominated for Best Picture. The other films include: “Call Me by Your Name,” “Dunkirk,” “Darkest Hour,” “Lady Bird,” “Phantom Thread,” “The Post,” “The Shape of Water,” and “Three Billboards Outside Ebbing, Missouri.”

The final film’s this year’s Golden Globes best picture winner; it seems like a possible candidate to win, along with World War II picture “Dunkirk” and journalism-focused “The Post.”

While a long shot, on the off-chance “Get Out” does win, let’s hope its victory isn’t tainted in some way. See: last year‘s misreading of the winner as “La La Land” instead of “Moonlight,” which was definitely a low point for the Oscars.

Cartoons at the box office: "The Perfect Guy" is #1
"Love, Simon" spin-off is unsuitable for Disney+, but "The Simpsons" is OK?
26th annual GLAAD Media Awards nominees for comics announced
Movie review: "Home"
Share this post