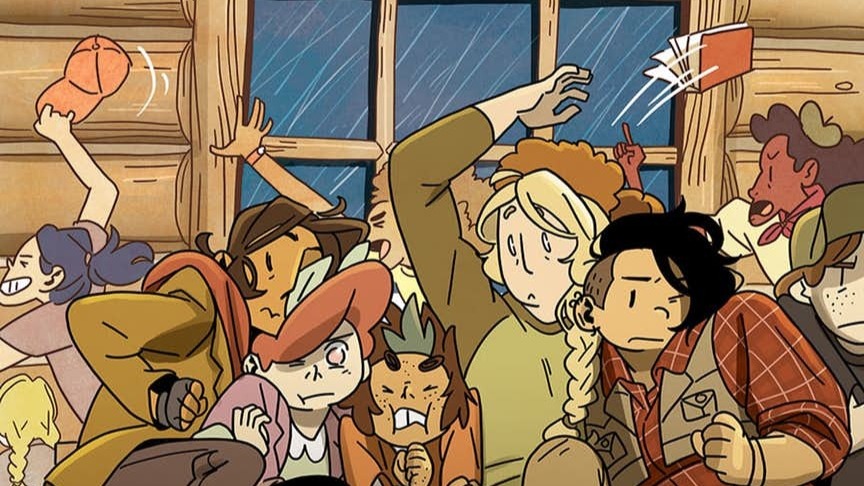 Here’s a look at what non-Marvel/DC comics are coming out in April 2018.

Archie’s also publishing a trade paperback of the weird early 90s series “Jughead’s Time Police.” It’s a series where Jughead basically becomes a Timecop; he works alongside fellow Time Police officer January McAndrews, a distant descendant of Archie. Jughead was also attracted to January; during the late 80s/early 90s, Archie experimented with the idea of Jughead dating, before going back to the status quo.

Archie’s here… but “Cosmo”‘s not

The most surprising Archie news this month is the apparent cancellation of the “Cosmo” relaunch.

“Cosmo” is now a five-issue limited series, despite issue #1 only having come out in January. Were pre-order sales that bad for the first issue? Did they decide against an ongoing and opt to focus more on their Riverdale-set titles (per the success of “Riverdale”)?

This series was somewhat promoted as a replacement for the now-departed-for-IDW “Sonic the Hedgehog” book. Thus, hearing it’s now cancelled is strange.

Speaking of the Blue Blur, IDW debuts its brand new “Sonic” title this month. Oddly, IDW made the choice to release a whopping four issues (one per week) to kick things off. While I can see why they’d want to give the new book attention, making the first four issues weekly (for a total of $16) seems a bit much.