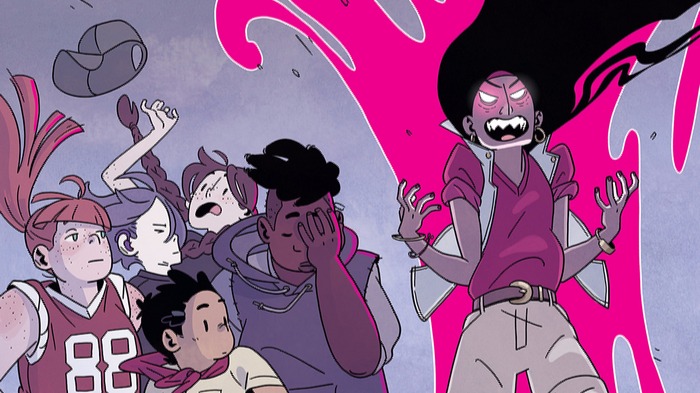 Here’s a look at what non-Marvel/DC Comics are coming out for March 2018.

A new “Pearls Before Swine” collection is due out in March, though the title suggests more of a Presidents’ Day theme from the previous month.

Archie launches yet another horror book this month, “Vamperonica,” which features Veronica becoming a vampire. Given Archie’s severe delays in their other horror titles, I still wonder why they don’t just release this new one as a graphic novel, versus monthly issues. Or at least as a miniseries?

Disney to take a minority stake in Boom! Studios

The biggest news affecting non-Big Two comics this month is the recent news that Disney will buy most of Fox’s assets. Along with the purchase, they’ll be gaining ownership of Fox’s minority stake in Boom! Studios. Fox already had “first look” rights for film adaptions of their comics.

I’m not sure what Disney plans to do with the Boom ownership. One possibility some have suggested is Disney moving their licensed books (“Star Wars Adventures,” “Uncle Scrooge”) from IDW to Boom. Another option Disney could pursue is to sell off their Boom stake, if they feel owning Marvel’s enough.

However, there might not be much of a reason for Disney to sell the stake. Even if Disney bought Boom outright, it wouldn’t run into any antitrust issues (versus, say, trying to buy rival DC, which can’t/won’t happen).

Anthony's independent comics picks for May 2019
A look at animation in the 2010s
What are the most popular Western animated cartoons?
Streaming service review: Disney+
Share this post