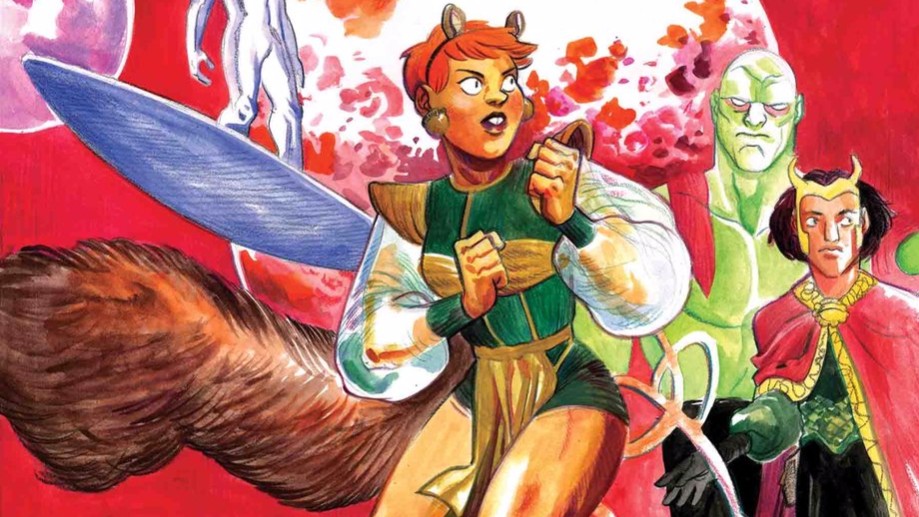 It’s time to look at what comics are coming out from Marvel in March 2018. A full list of solicitations is available here.

Lockjaw’s in the Savage Land in his miniseries this month.

Trade paperbacks are out this month for Iceman and America’s solo series. Or should I say, now-cancelled solo series…

The buzz about this month’s solicitations is that there’s a bulk cancellation of books, all with little or no official announcement. Apparently, Marvel’s policy is to not announce in solicitations if a book’s been cancelled. (Not only is that nonsensical, but isn’t that one of a publisher’s core duties?) As such, the news of these cancellations came out on social media (often by the books’ creators) or through the usual comics news sites.

The books confirmed cancelled are:

Other books rumored to be cancelled include “America.”

The above titles were part of Marvel’s Legacy initiative, a recent attempt to lure back lapsed readers via various “legacy” characters or aspects returning, while also trying to emphasize a more diverse line. There were also some other minor changes, such as reverting long-running books back to legacy numbering.

Some online, including an article at Bleeding Cool, have noted that most of the cancelled books listed above star women, people of color, and/or LGBT folk. Given recent events involving Marvel’s new editor-in-chief, that doesn’t give the most positive impression. (And probably one more thing to add to the list of embarrassing things Marvel’s done in 2017, with barely a week and a half to go.) Given some of these are tied to popular movies, I assume we’ll at least see yet another Avengers book (or three) before long.