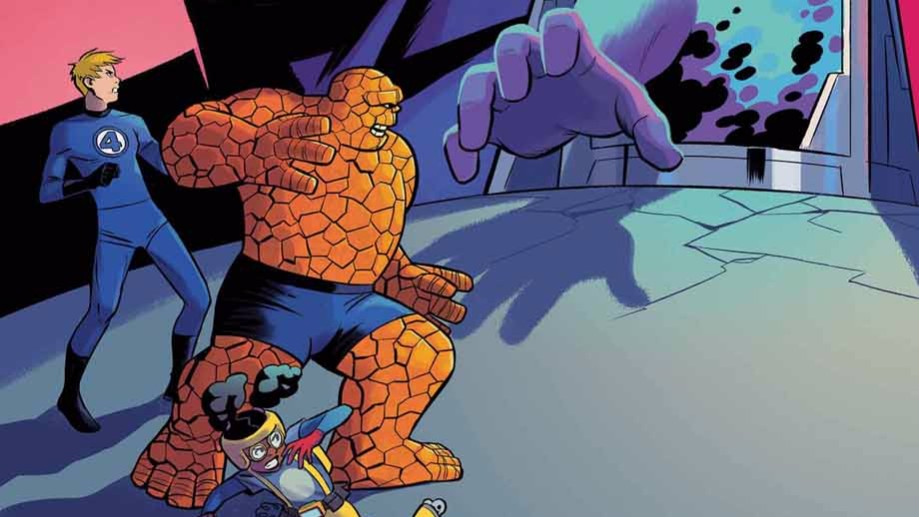 Here’s a look at what comics are coming out from Marvel for February 2018. A full list of solicitations is available here.

The Fantastic Four characters, or at least the Thing and the Human Torch, continue to appear in “Moon Girl” this month, as well as the new “Marvel Two-In-One” series (spelled “2-In-One” in the solicit for some reason).

Captain America’s building up to its legacy-numbering-restored 700th issue. The also-legacy-numbering-restored “Peter Parker, the Spectacular Spider-Man” celebrates its 300th issue this month, in an oversized $6 issue. Finally, the original “Amazing Spider-Man” is also approaching its 800th issue. Of course, given it’s Marvel, one can expect new #1 issues at any time, legacy or not.

In time for his movie in February, Black Panther is getting plenty of material, including his current series’ first-ever annual.

I suspect Lockjaw is also an easier sell than the Inhuman “Royals.” (Ditto the characters whose powers come from being Inhuman but aren’t “royalty,” like Ms. Marvel.) The recent low-budget-looking “Inhumans” TV show likely didn’t help Black Bolt and company much. Medusa’s dramatic hair-shaving moment looked like they used the exact same $25 Wahl electric clippers I use…