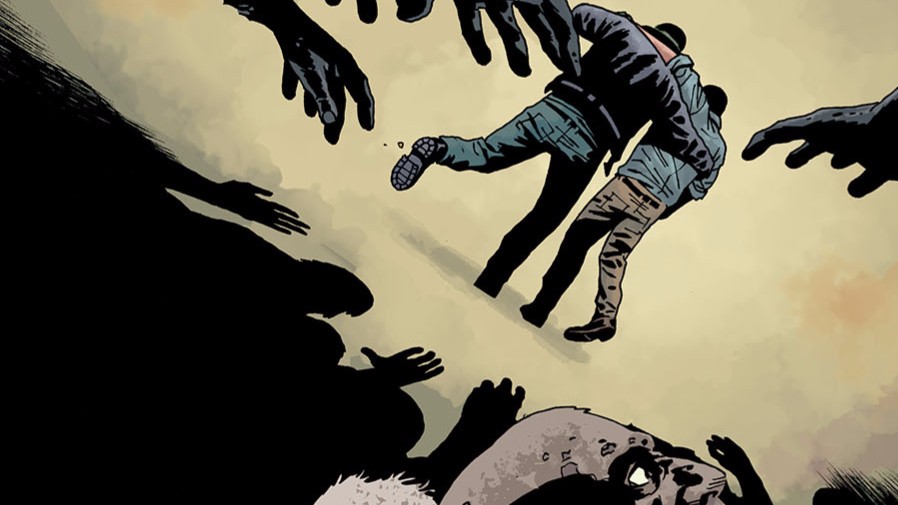 Below are September’s top-selling comics, according to Diamond.

The only non-Big Two title in the top 10 is also the usual one: Image’s “The Walking Dead.”

“The Walking Dead” is the top-selling trade this month. Image also has three other titles in the top 10, “East of West,” “Sex Criminals,” and “Royal City.”

DC took up four slots, with “The Dark Knight III” hardcover as their top seller. Of interest is that a DC Super Hero Girls book, “Past Times at Super Hero High,” came in (at fifth place) as DC’s second biggest selling trade paperback/graphic novel this month.

Marvel only had two titles, led by a Darth Maul book.

“East of West” is by Jonathan Hickman and Nick Dragotta, featuring a sci-fi Western series set in a dystopian version of the United States. “Royal City,” by writer/artist Jeff Lemire, is a series about a writer returning to his declining childhood hometown, where he deals with family related drama.

Sales continue to be soft for the year overall versus 2016.

I’ve seen some on Twitter comment on the closeness of the unit sales figures for Marvel and DC. I assume the whopping $6 cover price for “Marvel Legacy” and $5 for “Venomverse” helped keep the dollar sales figures much further apart.