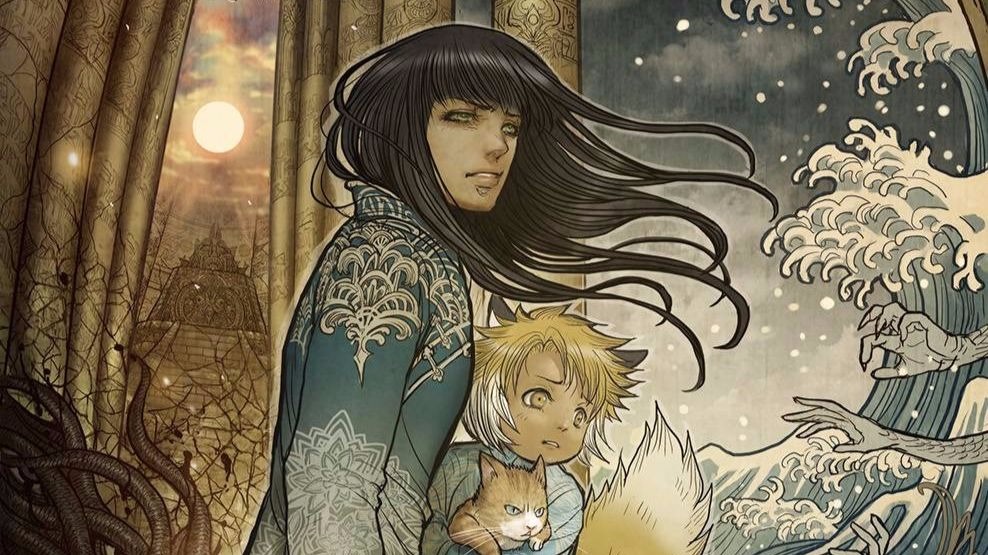 “Dark Days,” the prelude to DC Comics’ Batman-centric event “Dark Nights: Metal,” is the top-selling single-issue comic for July 2017. On the trade paperback side, Image’s “Monstress,” volume 2 is the top seller.

Below are July’s top-selling comics, according to Diamond.

DC tops the list at #1, but their only two other top 10 entries are the bimonthly “Batman” book. Marvel meanwhile took up six slots, thanks to “Secret Empire,” Deadpool, Spider-Man, and a new X-Men book.

Image took one space (#9) with “The Walking Dead.”

Below are the top-selling trade paperbacks and graphic novels for July.

The top 10 is a mix of publishers. Image took three slots; DC two; Dark Horse two; and Marvel, Oni Press, and IDW one each.

Out of the Big Two, “Flash” is the only canon superhero title in the top 10. DC’s entries are both Batman/Teenage Mutant Ninja Turtle crossovers.

“Monstress” is a fantasy series set in a matriarchal, alternate version of Asia. The series is created by Marjorie Liu and Sana Takeda.

Comichron discusses how sales are somewhat down for the year versus 2016. A mix of underwhelming Big Two releases this year and the 2016 numbers being boosted by Rebirth and “Civil War II” might be to blame.

Some online have talked about “Star Wars” and not a superhero book as Marvel’s top-selling regular-release title (that isn’t a #1, event book, or similar gimmick).  Marvel’s superhero line does have problems: too many 90s-style bad events/gimmicks; bland stories; sidelining characters like the Fantastic Four for cynical reasons; confusing renumberings; and the usual issues plaguing the US comics industry (diversity problems, expensive prices, etc.). Still, it shows the strength of “Star Wars” fans and their willingness to buy comics; it also shows a bit of genre diversity.

Minorities in cartoons: Harley Quinn
"Man of Steel 2" (or whatever it's called) pushed back to 2016
Why is Superman more popular than Batman for live-action TV shows?
The Inhumans are totally a thing (maybe?), now getting a TV show
Share this post