This summer sees several entries in the superhero movie genre coming out: “Guardians of the Galaxy, Volume 2”; “Wonder Woman”; “Spider-Man: Homecoming”; and oddest of all, “Captain Underpants: The First Epic Movie.”

While plenty of film goers will get their superhero fill from just watching these films, others might want to see even more material starring the same characters. That generally means other films, TV shows, or video games. A comparatively small few might actually be interested in the original comics on which these characters are based.

Below, I’ve listed my recommendations for other comics, TV shows, and movies featuring the above characters.

Guardians of the Galaxy

The Guardians of the Galaxy as a concept dates back to the late 60s; however, the film’s version of the team is much more recent. That said, given Marvel’s constant renumberings, crossover tie-ins, and revamps, recommending a Guardians book is confusing. Still, here’s some suggestions:

In 2015, Disney XD debuted an animated series starring the Guardians of the Galaxy.

See my previous post about recommended Wonder Woman comics. But to summarize which ones: 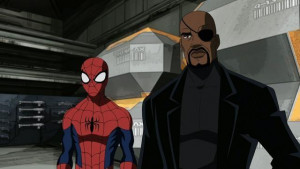 For a more comprehensive listing, see my previous Marvel recommendations list. But to summarize:

There’s not much to recommend here other than the original series of children’s books on which the movie’s based.

That’s all. Do you have any related media to the above characters to suggest? Feel free to list them in the comments below.