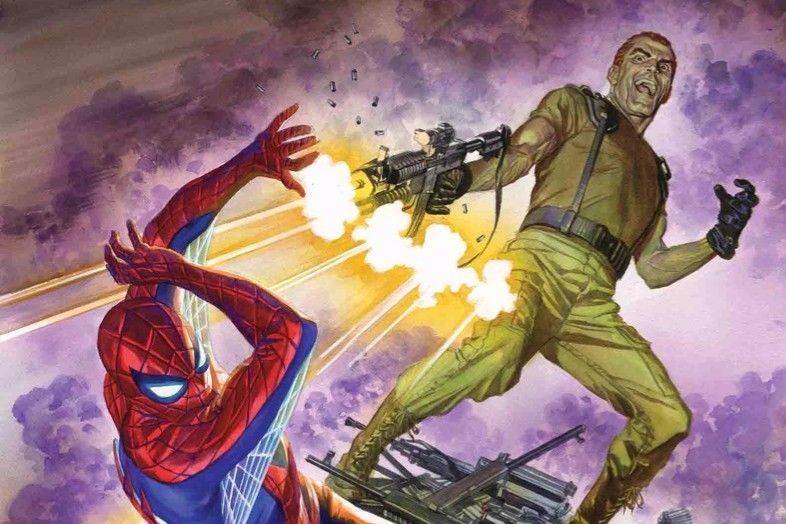 Here’s the top 10 selling comics for March, according to Diamond.

The top selling comic is… the expensive $10 “Amazing Spider-Man” #25. That’s a lot, even if the comic clocks in at (per Comixology) 75 pages, and the stories are all-new (versus reprints). At that price, buying a trade paperback for not much more would seem a better use of one’s money. And again, it begs the question: how much is too much for comics to cost before buyers say “no?”

Also, if people are willing to buy a trade paperback-priced single comic, shouldn’t we be taking actual sales of actual trades/digital comics/etc. into account for how comic sales are doing? It’s absurd that paying $10 for a graphic novel doesn’t “count” or isn’t the “right” way to buy comics, but spending the same $10 on a extra-sized floppy comic does “count.”

Going along with this is the #2 book costing $6 (another issue of “Dark Knight III”). That’s followed by the bimonthly shipping “Batman”; at $3 an issue, the title’s basically $6 a month.

The top selling trade paperback is volume 7 of “Saga,” the popular Image series. If curious, it clocks in at 152 pages, and currently sells at $10.39 on Amazon. (It’s also more likely to have a complete storyline.)

DC took half the top slots, while Image took three and Marvel two.