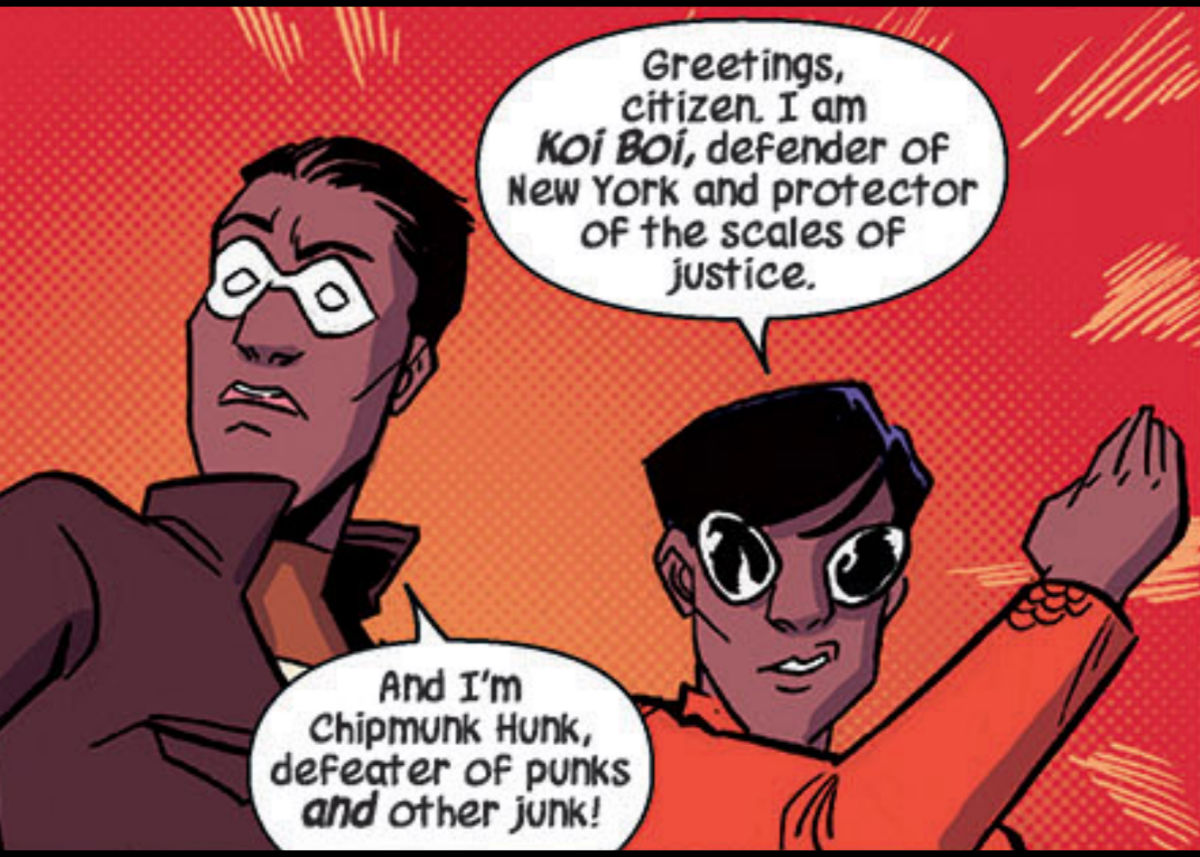 Tomas is a computer science student at Empire State University, the alma mater of Peter Parker. There, he ran into fellow student Doreen Green (aka Squirrel Girl) on their first day of class.

Chipmunk Hunk possesses a chipmunk-themed version of Squirrel Girl’s powers: the enhanced strength, speed, and agility of a chipmunk. Tomas can also communicate with chipmunks; eventually, Doreen taught him and the others how to speak to squirrels. Finally, Tomas possesses a chipmunk-like tail, hidden when in his civilian identity.

It’s unknown whether Tomas is a mutant, an Inhuman, or some other origin. However, given current Marvel events, it’s likely a vaguely defined origin, similar to Doreen’s current status quo.

Why diversity among A-listers matters: the new Thor and Captain America
Favorite articles roundup for the week of September 6, 2019
Cartoons that should've entered public domain in 2018 (but didn't)
How wealthy is Superman?
Share this post