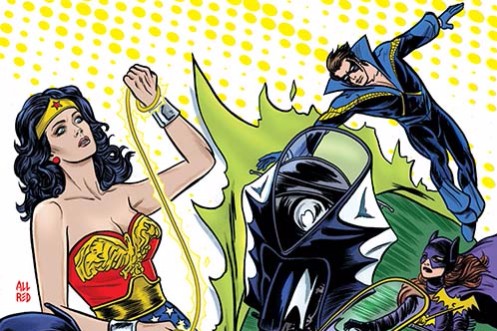 Here’s a look at what’s coming out from DC Comics for May 2017. A full list of solicitations is available here.

There’s a sizable number of trade paperbacks this month, including “Superboy and the Legion of Super-Heroes” and “Sandman Mystery Theatre.”

A third volume of “DC Super Hero Girls” is out this month. However, I notice it’s using the New 52 Wonder Woman origin, as Zeus is Diana’s father. Given the growing number of same-sex parents, one would think that Wonder Woman’s traditional backstory would be timely and perfect. Children’s media is also increasingly showing same-sex couples. It’s too bad DC’s opted to go for the New 52 route for this book. However, given the amount of times Wonder Woman’s been revamped/rebooted, I assume her traditional origin will come back someday (if Rebirth hasn’t done so already).

Why is Scooby-Doo still popular after 50 years?
Batman '66 is getting an animated film adaption
Anthony's miscellaneous comics picks for October 2015
Minorities in cartoons: Sunburst
Share this post