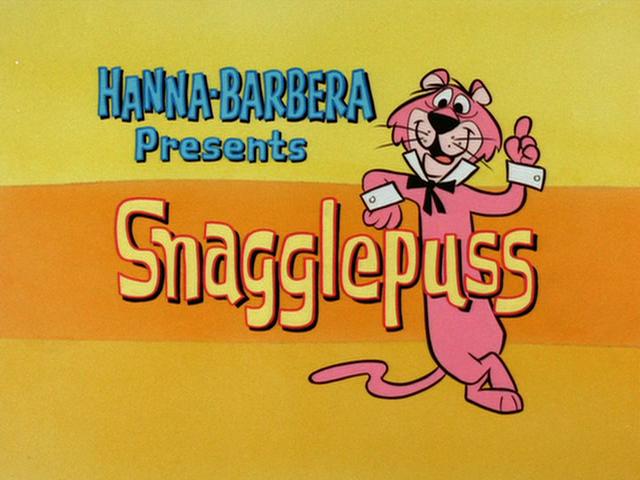 DC’s revamped, adult-oriented Hanna-Barbera line of books (“The Flintstones,” “Scooby Apocalypse,” etc.) have been a moderate success. As such, DC’s announced the next title in the line to get an ongoing series, “Snagglepuss.”

Everyone’s favorite theater-obsessed pink mountain lion will gain a new series (after a brief backup appearance), after a backup appearance in a March annual. Writer Mark Russell and artist Howard Porter will write the story. The regular series is to start in September or October, according to Russell.

The comic is reinterpreting Snag along the same lines as the other Hanna-Barbera titles. Here, Snagglepuss will be a “gay Southern Gothic playwright” in 1950s New York. In Russell’s words:

Of the change, Russell said that it “was not much of a stretch” to make. “I envision him like a tragic Tennessee Williams figure; Huckleberry Hound is sort of a William Faulkner guy, they’re in New York in the 1950s, Marlon Brando shows up, Dorothy Parker, these socialites of New York from that era come and go. I’m looking forward to it.”

Snagglepuss debuted in 1959 on “The Quick Draw McGraw Show,” as a character appearing in a few episodes. When Yogi Bear got his own show a short time later, Snag got his own backup segment.

Snagglepuss’ shtick in his shorts was pursuing his interests in culture, particularly theatrical acting. However, Snag had to worry about hunters, as he was usually a wild animal. His mannerisms are supposedly based on Bert Lahr’s Cowardly Lion from the 1939 “The Wizard of Oz” film. As such, he’s a flamboyant, but very hammy actor.

Post-“Yogi Bear,” Snag usually appeared in various reunion specials and spin-offs, as a friend of Yogi, Huckleberry Hound, and company. He was also one of the sportscasters for “Laff-a-lympics.”

Over the years, there’s been some questions or (in stand-up comedians’ case) jokes about Snagglepuss’ sexuality. Regarding such, Russell also states:

The character Snagglepuss has long been presumed by some audiences to be gay, which Russell acknowledged. “[I]t’s never discussed and it’s obviously ignored in the cartoons ’cuz they were made at a time when you couldn’t even acknowledge the existence of such a thing, but it’s still so obvious,” said Russell. “So it’s natural to present it in a context where everybody knows, but it’s still closeted. And dealing with the cultural scene of the 1950s, especially on Broadway, where everybody’s gay, or is working with someone who’s gay, but nobody can talk about it — and what it’s like to have to try to create culture out of silence.”

The preview artwork shows him conversing with someone who’s presumably Augie Doggie (without Doggy Daddy).

On the plus side, it sounds interesting as a premise. The series promises to use a few other older Hanna-Barbera funny animal characters. DC’s also no stranger to dragging its characters in front of 50s McCarthyist committees; see their first superhero team, the Justice Society.

On the nitpicking side, I do wonder if it’d be bolder and more progressive to just write Snagglepuss as openly gay in his traditional all-ages format. DC doesn’t really need yet another “mature” book, but does need more younger readers. A few people on Twitter also have wondered if the book would be better served with an actual LGBT writer.

Other revivals: “Ruff and Reddy?”

Elsewhere, DC states we’re also getting a few other Hanna-Barbera backup stories in annuals, though no indication if they’ll be ongoing series. These include “Top Cat,” “The Jetsons,” and oddest of all, “Ruff and Reddy.”

The last one was Hanna-Barbera’s very first made-for-TV cartoon, debuting in 1957. It was a series of cliffhanger adventure shorts about a cat (Ruff) and dog (Reddy). Rather obscure choice for a comic story, even if Howard Chaykin is the writer. That said, this version’s take on the duo supposedly plays up on their obscurity. Here, they’re washed-up former big stars.