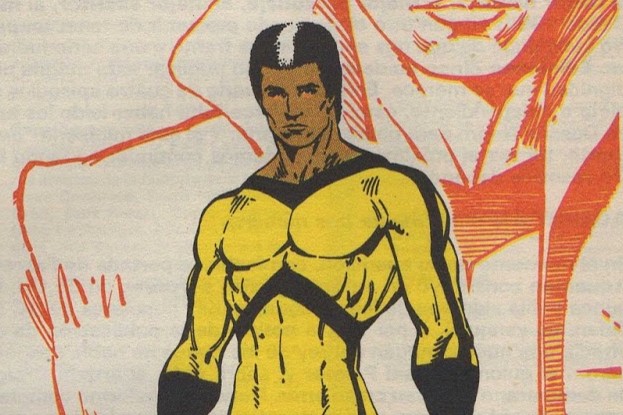 Jacques hails from the Ivory Coast. His origin is tied to his sister, Danielle. In order to save her from being mind-controlled by Computo, Jacques drank the invisibility serum of the deceased original Invisible Kid. Gaining various invisibility powers, Jacques managed to help save his sister. He was soon voted in as a member of the Legion. Invisible Kid served as a part of the Legion’s “Espionage Squad.”

Invisible Kid had for awhile the ability to teleport people. However, after it led to the accidental death of a villain, Jacques had the ability scientifically removed.

During the “Five Years Later” period of the late 80s and early 90s, Jacques became the president of Earth; Tyroc served as his vice president. Unfortunately, the Earth blew up sometime into Jacques’ term. After reforming and managing the surviving Earth cities for awhile, Jacques resigned his office to re-join the Legion.

After the 1994 “Zero Hour” reboot, Jacques stayed as a part of the new continuity, with some backstory and origin revisions.

Following the “Infinite Crisis” miniseries, the original version of the Legion came back into continuity. This included the original Jacques. However, this version stuck close to the late pre-Crisis incarnation, and thus left out the “Five Years Later” incidents above.

Invisible Kid’s first media appearance was in the 2000s “Legion of Super-Heroes” animated series. However, he was just a non-speaking character.