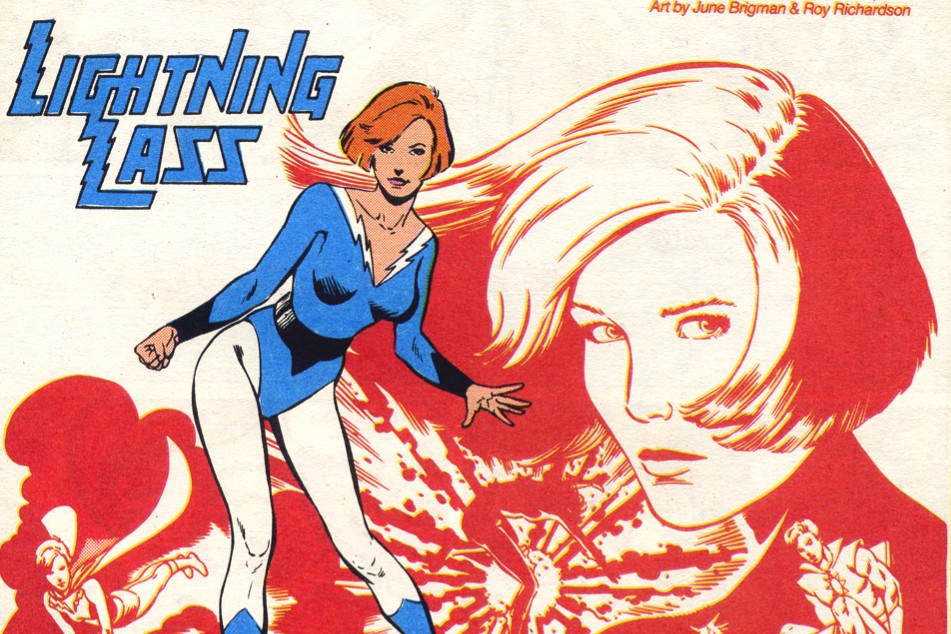 Ayla is a native of the planet Winath, where nearly all births result in twins. However, Ayla and her twin brother Garth have an older sibling, Mekt, who was born without a twin, making him an outcast. One day, “lightning beasts” of the planet Korbal attacked the siblings. All three survived the attack, and gained electrical superpowers. Garth joined the Legion as founding member “Lightning Lad”; meanwhile, Mekt became the supervillain “Lightning Lord.”

After Garth’s (temporary) death, Ayla joined the Legion disguised as her brother, before revealing her true identity. Despite that, the Legion admitted Ayla, who took the code-name “Lightning Lass.”

Later, Ayla altered her powers through scientific means. She spent a long stretch as “Light Lass,” possessing anti-gravity powers and the ability to alter objects’ mass. By the 80s, however, she’d regained her original lightning powers (after a battle with Mekt).

During the mid-to-late 80s, Ayla became increasingly close to fellow Legionnaire Shrinking Violet. (She’d previously dated Timber Wolf, another Legion member.) By the early 90s, it was all but officially stated the two were a couple. However, 1994’s “Zero Hour” storyline retconned the original Legion out of existence.

Post-“Zero Hour,” Ayla (now “Spark,” very briefly her sibling’s post-ZH name “Live Wire”) didn’t seem to have any relationship with Vi. However, after the 2006 “Infinite Crisis” miniseries, the original version of the Legion was brought back into canon (through convoluted means). Subsequent stories showed Lightning Lass and Shrinking Violet were a couple again.

Lightning Lass appeared as a non-speaking cameo in a “Superman: The Animated Series” episode.

Ayla’s first extensive media appearance was in the “Legion of Super-Heroes” animated series; however, she wasn’t a superhero in this series. Voice actress Kari Wahlgren voiced Ayla.