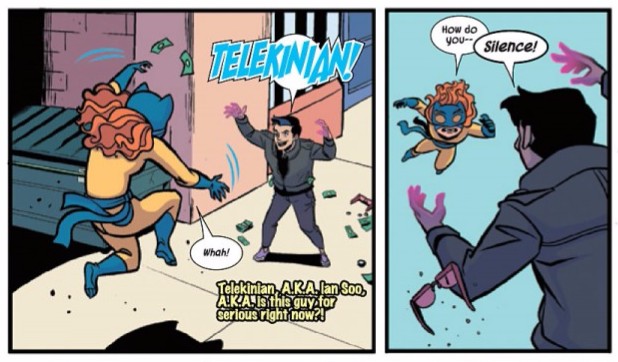 Ian is an Inhuman with telekinetic powers. Shortly after gaining his powers, Ian was thrown out of his apartment by his now-ex-girlfriend.

Desperate for funds, Ian decided to try becoming a supervillain and commit a robbery. Ian called himself “Telekinian,” a name even he later admits is lousy. Fortunately, Patsy (as Hellcat) showed up to stop Ian. After hearing his story, Patsy decided to take in Ian as her new roommate and straighten him out (and not press charges).

Apparently, Ian’s also interested in theater, or at least the musical “Wicked.”