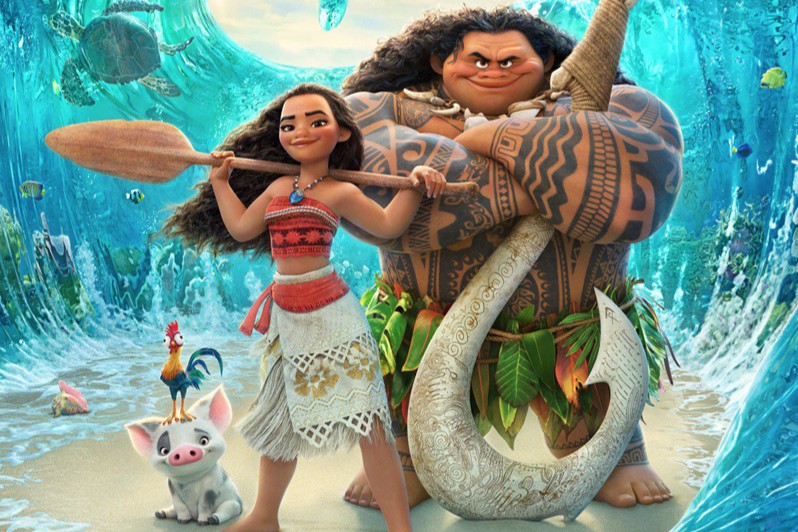 A few animated films are also up for Best Song:

“Sing” is up for a nomination, despite not having a wide North American release yet (as of this writing).

Oddly, Pixar’s been completely snubbed this year. This is despite the huge critical and box office success of “Finding Dory.” As of this writing, it stands at $1.027 billion at the box office, and has a 94% Rotten Tomatoes rating. Granted, “Zootopia” and “Moana” are big hits for Disney-proper, too, but I figured “Dory” would stand a chance. Still, it’s good that two of the nominees star people of color (“Moana,” “Kubo”).

DreamWorks has also been shut out of the animated feature nominees this year. However, “Trolls” is up for the Best Song category.

The Golden Globe Awards will be given on Sunday, January 8 at 8 PM ET/5 PM PT. The awards will air live coast-to-coast on NBC.

I’ve only seen “Zootopia,” but do want to see “Moana” and “Sing.” What films on this list have you seen?

Minorities in cartoons: "The Deep"
Cartoons at the box office: "Frozen" #1 again for cold time's sake
5 Aquaman references in cartoons
Thoughts on the 2014 Oscars
Share this post