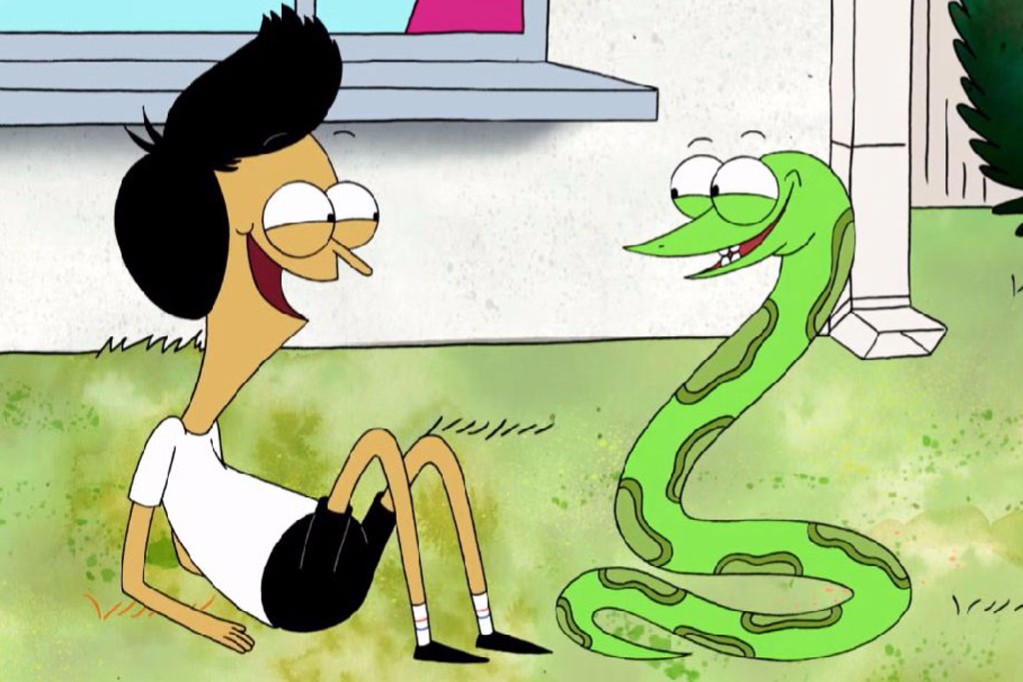 This week’s minorities in cartoons entry is “Sanjay and Craig,” a Nickelodeon animated series.

Sanjay is a 12-year-old boy, who spends his time hanging out and having fun with Craig, his pet snake and best friend. Craig can talk, but it’s kept secret from all but a few other people. In public, Craig passes himself off in various human disguises.

The duo have various wacky misadventures. One example’s in the series’ first episode, when Sanjay and Craig try to watch a butt transplant at a hospital. Yes, I know… from what I saw, “Sanjay” has more of that style of humor than sibling Nick shows “SpongeBob” or “Fairly OddParents.” However, a few sites claim the show drops such jokes later in its run.

The series aired from 2013 to 2016 on Nickelodeon. Three seasons of 60 half-hour episodes (or 120 individual segments) were produced.