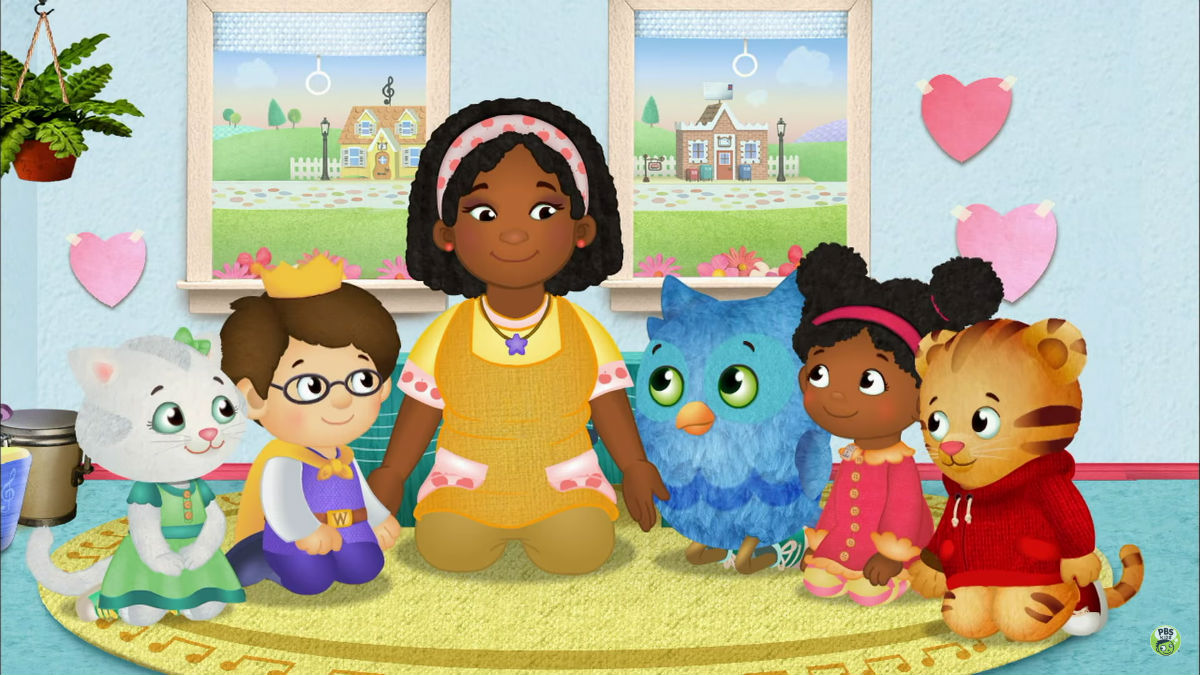 This week’s minorities in cartoons entry is “Daniel Tiger’s Neighborhood.” The series debuted on PBS in 2012.

“Daniel Tiger’s Neighborhood” is a sequel series to the live-action classic children’s program “Mr. Rogers’ Neighborhood,” specifically the Neighborhood of Make-Believe segments. The show takes a “next generation” approach, as the main cast in “Daniel Tiger” are the children of the original series’ characters.

Like the original series, “Daniel Tiger” teaches young children lessons on socialization, feelings, new life experiences (visiting the doctor, etc.), and respecting others. Similar to Mr. Rogers, Daniel occasionally addresses the viewers with questions or comments about the episode.

The Trolley from the original series also appears. It now serves as transportation for the Tiger family and other Neighborhood of Make-Believe residents.

The series has become one of the bigger successes for PBS Kids lately. As such, it has a fairly extensive line of merchandise, DVDs, and so forth.

The Canadian airings of the series on Canada’s CBC network alters the opening to slightly rename the series “Daniel Tiger’s Neighbourhood” (note the Canadian/British English spelling).

The cast of characters include:

Secondary characters, among others, include:

Chrissie is voiced by Matilda Gilbert.