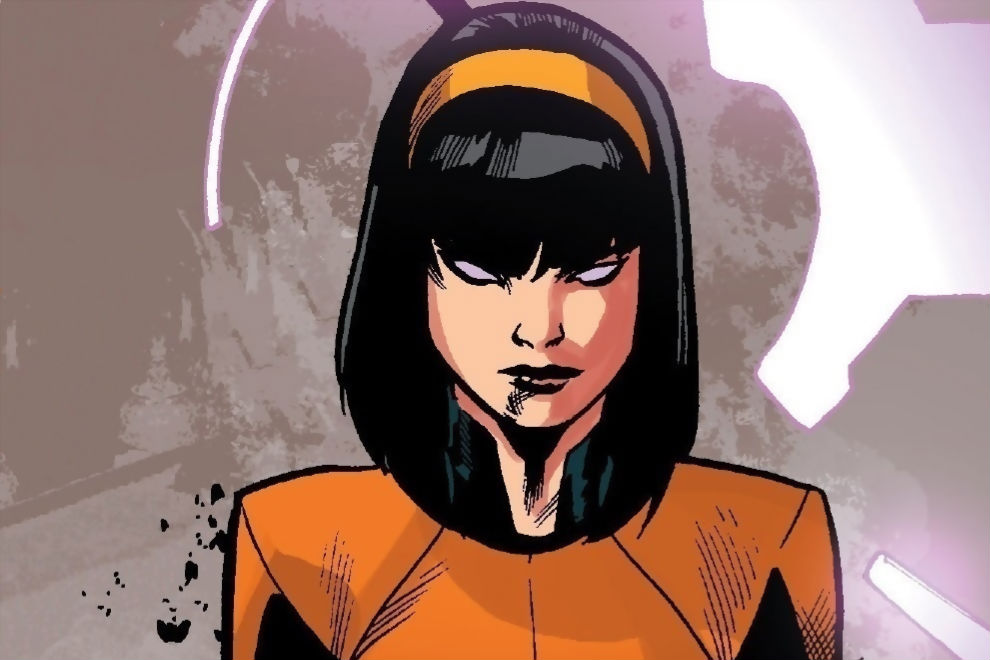 Karma’s backstory is both complex and has dated elements that don’t hold up in a floating timeline. (Which I suppose means she’s a Big Two comic character.) Thus, I’ll try to sum up the highlights as best I can. For full details, see her Wikipedia and Marvel Wikia pages.

Xi’an’s father and uncle were soldiers involved in the Vietnam War. As a young girl, Xi’an and her family left Vietnam at the end of the war, and came to New York. En route, pirates abused Xi’an, and both her parents died.

In New York, Xi’an had an adventure involving the Fantastic Four and Spider-Man. Afterwards, Reed Richards referenced Xi’an to Professor Xavier and his school. There, Xi’an joined his then-new team of teenage mutants, the New Mutants, and became the team’s leader. As part of the team, Xi’an had various adventures, including dealings with her evil uncle.

At one point, Karma moved to Chicago to work at the University of Chicago as a librarian. There, she came out as a lesbian. Karma also revealed an unrequited attraction to Kitty Pryde.

During a battle against a foe, Xi’an lost a leg. She had it replaced with a prosthetic one.

Karma’s mutant power is the ability to possess the minds of others. She’s also shown some other limited mental powers through the years.

Karma appeared in a non-speaking role in the 90s “X-Men” animated series. As of this writing (and from what I could find), she hasn’t appeared elsewhere in media.