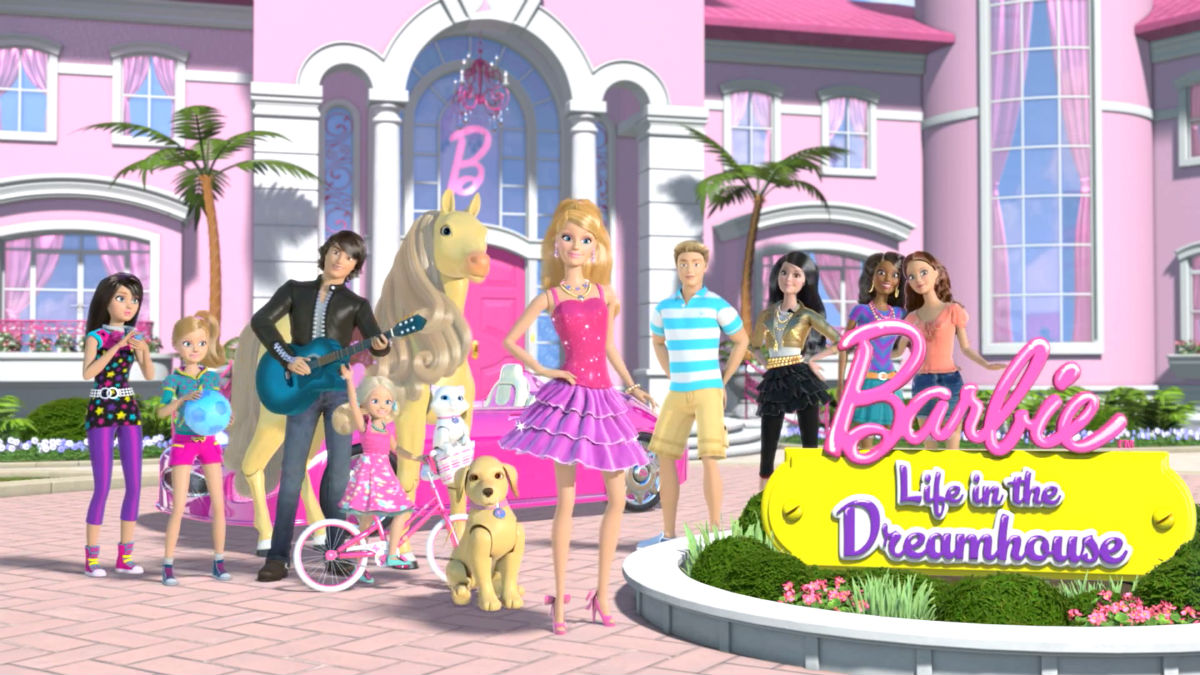 This week’s minorities in cartoons entry is “Barbie: Life in the Dreamhouse,” a series of web animated videos that debuted in 2012.

The series revolves around Barbie’s adventures at her glamorous Dreamhouse in Malibu. The characters all resemble dolls; some gags revolve around such, akin to Barbie and Ken in “Toy Story 3.” The traditional Barbie cast is included in the series, as well as some newer characters.

Barbie’s Dreamhouse is presented as resembling the actual dollhouse. Like most of the things in the Barbie toy line, it’s very pink. The Dreamhouse also comes complete with a closet containing a near-infinite wardrobe. Said closet/wardrobe is handled by a robot designed by Ken. One episode sees the robot go haywire, a la HAL in “2001.”

The supporting characters include:

The series is set up to resemble a reality show. As such, there’s occasional cutaways to the cast commenting on the episode’s events, as well as their own part in the story.

Nikki is voiced by Nakia Burrise, an actress who’s starred in several incarnations of “Power Rangers.”

Grace is voiced by Lillian Sofia. This series seems to be her only acting credit to date.

Here’s the show’s opening credits. The entire series can be seen on Mattel’s website.