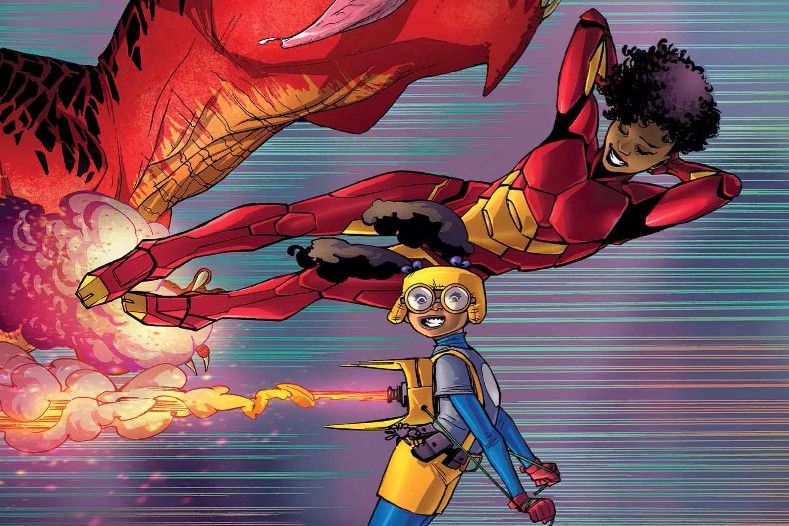 Here’s a look at what’s coming out from Marvel for January 2017. A full list of solicitations is available here.

The X-Men vs. Inhumans throwdown continues this month.

Squirrel Girl’s not only appearing in a second ongoing book, but it’s also out twice a month. Thus, I only list it here out of being the series’ debut issue. I’m still trying to avoid recommending twice-monthly books, since it’ll actually cost $8 a month instead of $4 to follow “U.S.Avengers.”

Riri Williams, the new superheroine known as “Ironheart,” guest stars in this month’s “Moon Girl.” Riri’s been in the news, both for a Big Two company’s baby steps toward diversity and for a now-pulled controversial cover.

Captain Marvel gets yet another new series. I assume it’ll be rebooted at least once more before her movie debuts in a few years.

The 70s-style Luke Cage miniseries comes to an end this month.