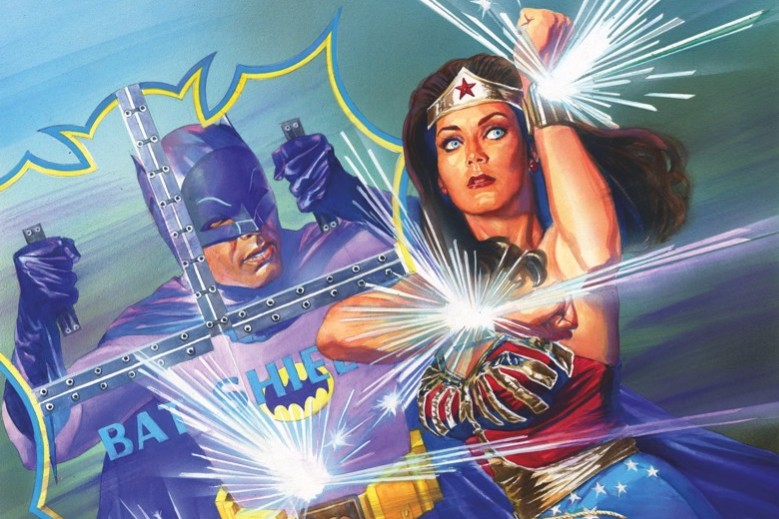 Here’s a look at what’s coming out from DC Comics for the start of the new year. A full list of solicitations is available here.

Rebirth continues to get dragged out into early 2017, with some more first issues out this month.

Kicking off this month is the Batman ’66/Wonder Woman ’77 crossover. The solicitation explains how how part of this works: it looks like Bruce was a kid during World War II, so could meet an active Wonder Woman. Also interesting is that we’re getting Ra’s al Ghul in the Batman ’66 setting.

The first trade paperbacks of Scooby Apocalypse and Future Quest are out in February.

Supergirl and the Martian Manhunter are front and center in this month’s “Super Powers.”

Barbara Gordon turns 50 years old in 2017. As such, DC’s producing a special Batgirl hardcover volume for her 50th anniversary.

“Scooby-Doo Team-Up” this month features an appearance by Frankenstein Jr. and the Impossibles! The characters’ show was a mid-60s Hanna-Barbera superhero series. Junior is a giant robot controlled by his creator, child genius Buzz Conroy. The Impossibles are a Beach Boys-like rock group that’re also crime-fighters: Coil Man (with the ability to stretch his coil-like body); Fluid Man (with the ability to turn into liquid); and Multi Man (with the ability to make multiple copies of himself). The two starred in separate segments on their original series, but it looks like a full fledged crossover’s in action here.

“Scooby-Doo Team-Up”‘s solicitation makes it sound like this will also counts as something of a rematch—the Impossibles and Frankie faced off in 1996’s “Hanna-Barbera Presents” #8. That was an Archie published comic featuring various Hanna-Barbera characters, akin to DC’s old “Showcase” anthology.