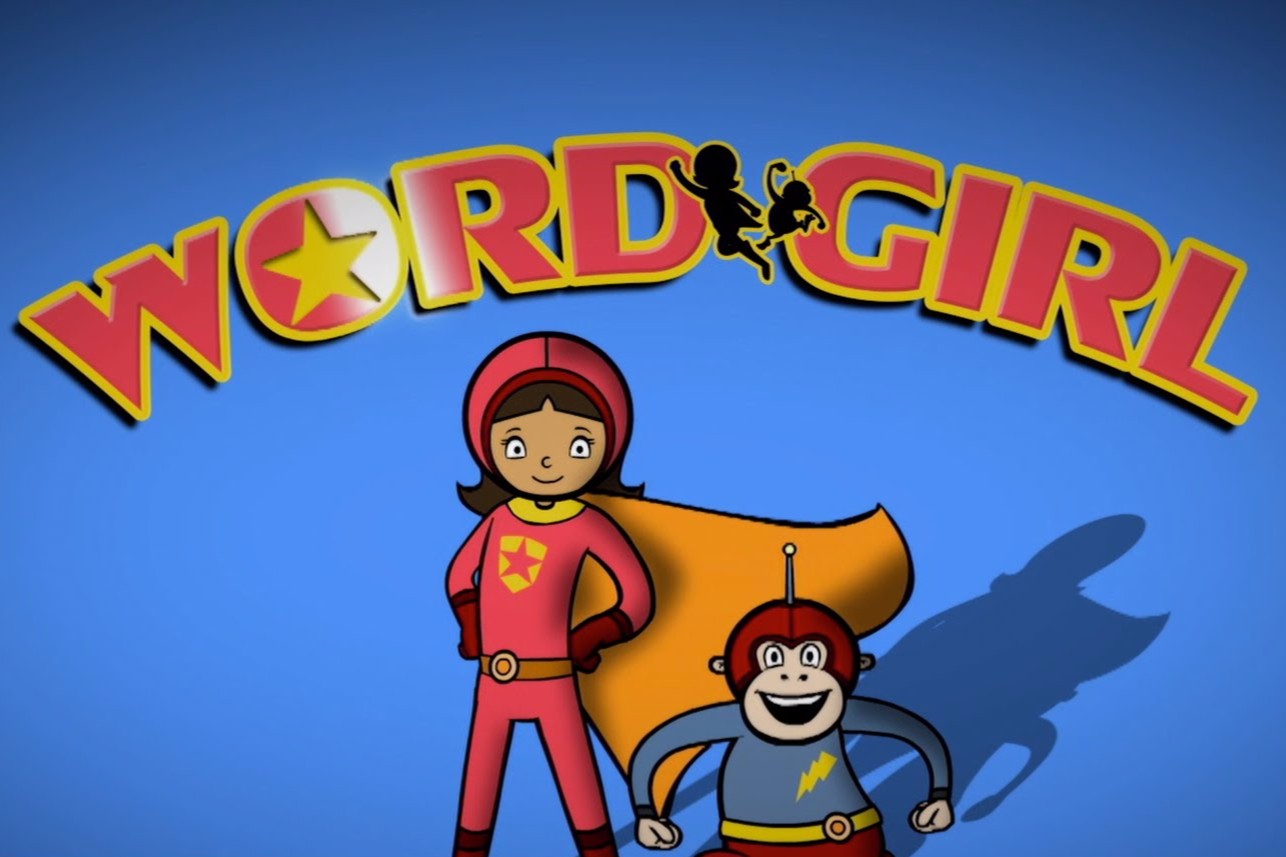 This week’s minorities in cartoons entry is “WordGirl,” an educational series that debuted on PBS in 2006. The series debuted as a series of shorts running during “Maya & Miguel.” “WorldGirl” was promoted to a full half-hour series in 2007.

The series features the adventures of WordGirl, a superheroine grade-schooler. Along with her powers, WordGirl also possesses a large vocabulary. Each episode features two vocabulary words, which WordGirl always defines for others.

WordGirl’s backstory states she was born on the planet Lexicon. As a baby, she crawled into a spacecraft piloted by “Captain Huggyface,” an intelligent chimp. The ship took off and crashed on Earth. There, the Botsfords found the infant (but not the rocket). Adopting her, the Botsfords named her “Becky.” Huggyface was also adopted as the family’s pet chimp, “Bob.”

Under Earth’s environment, Becky gained a variety of Kryptonian-style superpowers. As such, she uses her abilities to fight crime in the (generically-named) “Fair City.” Captain Huggyface accompanies WordGirl as her sidekick. Unlike Superman’s dog Krypto, Huggyface didn’t gain any powers on Earth. However, he does have a large appetite.

The series spoofs plenty of things about superheroes, as well as some facets of pop culture. Becky’s favorite TV show, for instance, is a “My Little Pony”-esque program.

“WordGirl” ran for eight seasons, totaling 130 episodes. Toward the end of its run, new episodes debuted first (or were seen exclusively) on YouTube and PBS Kids’ website.

The supporting cast include:

The show’s villains include (among others):

WordGirl was voiced by Dannah Phirman. Phirman’s starred in several other animated series, including for Hulu and Adult Swim.

Scoops and Becky’s father were voiced by Ryan Raddatz, who’s also been a writer for Ellen DeGeneres’ talk show.

The Narrator was voiced by Chris Parnell. Parnell’s starred on “Saturday Night Live” and “30 Rock.” Parnell also serves as the current voice of DreamWorks’ Mr. Peabody.

Granny May was voiced by Cree Summer.

Here’s the opening credits to “WordGirl.”